Google Pixel 6 series was launched in October. Although their cameras are one of the main attractions of these phones, some users are reportedly having problems with the image quality on the camera’s viewfinder.

According to multiple reports, the Google Pixel 6 have a viewfinder noise problem while using their cameras. While this does not appear to affect photos and videos taken, it does affect the experience during video calls.

Some users are reporting that, while opening the camera application on the Google Pixel 6, the viewfinder has a lot of noise. However, the final image quality is as good as expected.

Front facing and rear facing camera show so much noise when taking a picture. Once the picture is taken it always shows a great pic. Just weird that the view finder looks so bad.
Source

This means that while it may be a bit annoying for the photographic experience not to know exactly what an image will look like before taking it, it does not appear to be a problem with the cameras themselves.

However, there are certain use cases (video calls) where users do not want to take photos and videos, but rather stream video and voice in real time, wich requires having the viewfinder always open.

For these types of situations, the issue is reportedly more noticeable because the problem of the noisy viewfinder is constantly present, affecting the image quality in the video call (1, 2, 3, 4, 5, 6, 7, 8, 9, 10).

Poor quality of Video calls on the Pixel 6. It’s very grainy and choppy. Especially on Google Duo which is Google’s own video calling app. My Samsung S8 from 4yrs is far superior. I don’t know if this is a software or hardware issue. Hope Google fixes this with some software update or I will have to return this phone.
Source

While in some reported cases the problem with video calls is grainy image quality, in other cases the issue is viewfinder zoomed during a video call through certain applications, reducing the viewing angle.

Google is allegedly aware of the problem

One of the affected users reportedly wrote to Google about the problem, and states that they responded that they are aware of it:

So I spoke with Google, they are aware of this. They stated it’s like this because the processing is done post picture and not live time processing so the ISO is cranked up on the preview. They are aware that from a consumer standpoint that this is not good and said I fix will be in tow via software update.
Source

However, there is still no official public statement from Google on this problem. At the moment, affected users can only hope that the solution to the problem does not take long to arrive.

We will update this article when there are updates on the matter. You can also check the bug/issue tracker dedicated to the Google Pixel 6 to stay informed.

IST 12:29 pm: December 2021 update is rolling out to Pixel devices and the changelog mentions that this viewfinder bug is set to be addressed once it reaches devices.

IST 05:23 pm: The Pixel 6 series is still waiting for the December security patch. But, Google Pixel 6 Pro users are getting a surprise update to improve their cameras.

IST 06:29 pm: The latest December update is now rolling out for Pixel 6 and 6 Pro brings fix for viewfinder preview bug. And hence, after installing the new update, users should not encounter this issue. 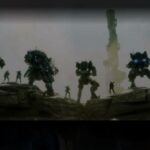 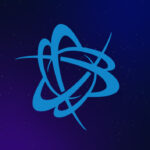 Blizzard Battle.net down or not working? You're not alone