Fitbits are immensely popular fitness or activity tracker wearables. A fitbit helps you to stay fit and motivated by keeping a real-time track of your daily activity, exercise, food, weight and sleep. It’s a handy gadget that’s most commonly seen now a days.

But for past few days, fitbit users are encountering sync or pairing related issues. A humongous number of complaints can be seen posted across micro-blogging site Twitter as well as the company’s official help forum.

While some say they aren’t able to update despite an update being flashed, other say they are encountering syn issue after updating. Some also report of not being able to login to their accounts. Here are some recent reports for you to take a quick glance: While reports continue proliferating, what’s good is that MyFitnessPal has officially acknowledged the issue and explains the problem saying:

Our apologies for any issues with your connected Fitbit account. Monday at around 11:45am we noticed an issue with our Fitbit service causing a backlog which would affect the data syncing between the two programs. Since then the service has fluctuated between starting to recover, and then starting to fail.

They have clearly stated they are still working to resolve the glitch, but haven’t yet figured out the root cause for this problem. In the meantime, users are suggested not to unlink their accounts else they’ll encounter errors while reconnecting fitbit to their account.

We currently have a large backlog of Fitbit sync requests that are trying to process. During this time, please do not relink your accounts, as this will further increase the backlog of sync requests.

Some members who have unlinked are having trouble and receiving an error when attempting to reconnect Fitbit to their MyFitnessPal account.

Something thing similar has been stated by FitbitSupport on Twitter. Here’s hoping the company catches hold of the root cause as well as does the needful to fix things up at the soonest. Rest assured, we are keeping an active tab on all related developments and will update the story as and when any new info comes to our sight.

MyFitnessPal says, they’ve identified the root cause and implemented a fix as well.

As of Thursday, we believe we have identified the root cause and implemented a fix for it.

But until the backlog gets cleared, users may continue to encounter sync delay. The company says they’re still working to resolve the glitch completely for all. They’ll monitor the issue during the weekend and give a status update on Monday i.e. June 10.

But until the backlog is clear, there will still be a delay in sync. We are still working to resolve this for all members. During this time, please do not relink your accounts, as this will further increase the backlog of sync requests.

***We will continue to monitor the status of this over the weekend, and will update this article again on Monday, June 10. 2019***

03:49 pm (IST): Some users are having issues syncing Fitbit or any other smartwatch with the MyFitnessPal app. As per reports (1, 2, 3, 4), users say that their smartwatch is showing wrong calorie data and step counts.

Meanwhile, MyFitnessPal support says that they are aware of this issue and are currently working on a fix. 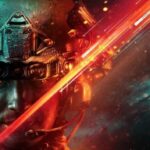