It’s funny that Google is one of the most popular names globally yet only a few people know about the company’s Pixel phones, including the latest Pixel 6 and Pixel 6 Pro that are getting rave reviews.

Google has local presence in multiple countries across the globe in a way or the other, but the search giant hasn’t shown any significant desire to push some of its hardware products to these markets.

Well, at least not all of them, with the likes of Loon having found their way to some of the most remote places. But of course, this isn’t something to slide in a pocket and walk around with. The thing is, if Google really wanted to sell Pixel and Nest products in as many markets as Samsung, it wouldn’t be a problem. But the company has its reservations.

The Pixel 6 duo will be sold in less than a dozen markets, which is quite disappointing for phones that represent the best ever from Google. But those familiar will know this isn’t the first Pixel with limited availability.

In fact, only the Pixel 3 and Pixel 4a have had better global presence (13), with the rest launching in either 9 or fewer markets. The Pixel 5A was launched in just two markets – the U.S. and Japan.

Granted, it’s no surprise the Pixel 6 and 6 Pro will be sold in just 9 countries. This is on the back of reports that Google will double its previous production with the Pixel 6.

To think that Google had earlier this year indicated it’s hardware business is just getting serious with the Pixel 6 yet the phones are still as limited as ever seems like a big joke.

In a blog post, Google’s hardware chief noted that “Tensor enables us to make the Google phones we’ve always envisioned” — phones that should redefine the Pixel experience as we’ve all known it.

On a personal level, although I believe I’m speaking for many out there, the only annoying Pixel experience I’ve ever known is its limited availability and the Pixel 6 changes nothing about that. This makes me question the earlier claim that Google will be doubling its production.

Of course, unless Google has seen great potential in the 9 debuting markets and now feels ready to double the stock. But when you think that Pixel phones aren’t even among the top 5 in the U.S., Google’s home market, you begin to understand why the limited stock.

Samsung and Apple have had years of experience selling phones in multiple markets across the globe. Sure, Google can’t match their production and supply chains head to toe. But hey, one can always outsource, like Apple does with Foxconn.

And as noted earlier, Google can possibly take advantage of the presence it enjoys in multiple markets globally in various capacities to ramp up its supply chain.

Furthermore, Google has been making phones for six years now. This is the same amount of time it took OnePlus to establish local presence in multiple markets across North America and Europe, besides the usual India and China.

Heck, OnePlus even entered the U.S. market years after Google started selling phones and now has a 3% market share as of Q3 2021, sitting fourth behind Apple, Samsung and Lenovo, according to Counterpoint Research.

For years, the Google Pixel phones have been among the best, if not the best photo companions to carry in your pocket. The Pixel 6 and 6 Pro take this to the next level and for sure many across the globe would relish this experience in their hands.

It’s possible Google’s focus on the 9 countries of launch has something to do with how the markets responded to previous Pixel phones. If demand has been increasing steadily, there’s no reason Google wouldn’t want to double the Pixel 6 stock.

No denying that Google is possibly taking a careful approach to its expansion, which is great. After all, no one wants to be the next LeTV (LeECO), a company some of you might not be old enough to remember its failed attempt at rapid expansion.

I’m still not happy that Google Pixel 6 and Pixel 6 Pro are facing the same limited availability issue previous models have had to deal with. It seems no one at Google ever learns.

I mean, one would understand Google shying away from markets in parts of Asia and Africa where sub-$300 phones dominate. The Pixel lineup hasn’t been particularly cheap, even with the A series proving to be a tricky affair in markets flooded with Xiaomi, Realme, Oppo and other Chinese brands.

But at $599, the Pixel 6 is a great proposition against the likes of Samsung, OnePlus, Oppo, Vivo, Xiaomi and even Realme, among other brands that have taken over the east.

Couple this with the great photography package and the renowned Google software support and you easily get plenty of potential buyers in markets like India and most parts of Europe. And honestly, it’s baffling that Google isn’t even thinking about making the standard Pixel 6 available in a dozen more markets.

For phones that are this good, and especially coming off the back of missing out on an actual flagship Pixel phone for at least two years coupled with the hype behind Google’s first in-house Tensor chip, it is the kind of hype that Google needed to farther its global expansion.

Google has stores in over two dozen countries, which is already a solid foundation to make the Pixel 6 locally available. But only a handful of Nest and Pixel products are available in most of these markets, which is such a shame.

The good thing is that this is just the first Tensor-powered phone and based on its market performance, we might begin to see gradual expansion into more markets, perhaps beginning with the upcoming Pixel 6a.

Let us know your thoughts in the comments section below. Also, you can always vote on the Twitter poll below, with the results to be shared after a week.

[POLL] Should Google consider launching at least the standard Pixel 6 in more markets?

The results for the poll are out. A vast majorty (73.3%) is of the opinion that Google should consider launching the standard Pixel 6 (at least) in more markets. In case you missed the poll, you can share your thoughts in the comments section at the bottom. 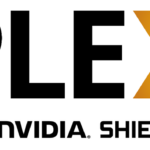 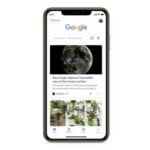 Some Google Discover users report persistent prompt to sign in even when signed in, community expert says team's aware