Plex is among the most popular media streaming services across the globe. Plex Media Server is used by many across numerous platforms including NVIDIA Shield TV.

However, users of the Plex Media Player and Server have been facing several playback issues on the NVIDIA Shield TV devices lately.

The Nvidia Shield tube is really struggling with 4K HDR playback and I’ve tried everything in the book to fix it. Do you guys have any methods that work or should I pull the trigger and get the Nvidia Shield Pro.
Source

It is unclear what the exact cause of these problems is but it seems some of these issues started after a recent Plex update. Several users feel that the issues might not be due to the recent Plex update and may be related to NVIDIA Shield TV instead.

All of my users/clients with Roku devices have no issues, Plex on iOS, no issues, Plex for Kodi Add-On, flawless (running on the said Shield), and lastly Web playback runs just fine. I am left to believe there is an issue with the current release, the problem is, I’ve sideloaded Plex versions back to 8.19.3 and still experience the same issues.
Source

However, nothing is clear as neither Plex nor NVIDIA have made any comments on the matter yet. Also, there are currently no workarounds for these issues which is further adding to users’ dismay.

Plex users with NVIDIA Shield have tried generic troubleshooting to no avail and have even tried using older versions of the Plex app.

Users have even pointed out that the Plex 4K content keeps on buffering on NVIDIA Shield even after having proper internet connection. Moreover, some users are even getting playback errors like S4032 (Manifest).

So, when I am trying to direct play 4K REMUX content from my home NAS, the video “lags” every 10/15 minutes. And by lags, I mean that it looks like the framerate gets slowed down to 5 FPS for 1-2 seconds, and then it goes back to normal.
It isn’t buffering, and I can hear the audio 100% fine doing the “lag”. It also doesn’t stutter, as the video keeps on going, but at a very low FPS.
I am watching the content on an Nvidia Shield TV Pro, which is hooked up to ethernet, directly to my router.
Source

All this further complicates the matter which now requires some serious intervention from both Plex and NVIDIA.

A NVIDIA Staff member did ask an affected user to switch on the automatic frame rate/resolution switching feature in Plex which further resolved their issue with video quality.

However, a proper fix for these playback issues is still required. Hopefully, Plex and NVIDIA take a proper look at these problems and resolve them soon.

06:00 pm (IST): A Plex team member on the community forums has confirmed that the team is currently investigating the problem and have found out the following information for now:

1. The frames are flowing when play is clicked – evidenced by the audio
2. Video is not displaying until the first Key frame is encountered.
3. The first frame being sent is the key frame so the error is deeper.
4. This is where investigation is now. (Source)

05:35 pm (IST): A users managed to find a workaround for this issue. And those affected can try and see if it helps.

NOTE: There are more such stories in our dedicated NVIDIA section so be sure to go through it. 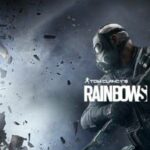 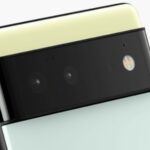