[Update: Rolling out] Spotify users demand option to turn autoplay on/off across all devices restored, but here's what Spotify thinks

Recently, Spotify received some changes on autoplay feature that modified its behavior, and are causing annoyances to many of its users.

According to reports, many Spotify users request to revert the change that made autoplay the default option for all Spotify Connect devices (1, 2, 3, 4, 5).

What is the problem with autoplay on Spotify?

Autoplay is a Spotify option that, when activated, automatically begins to play recommended songs once the user’s current album or playlist has finished.

Enabling/disabling autoplay was always optional for all Spotify-compatible platforms. However, this was recently changed, and now some platforms have the option always enabled.

This is so infuriating! I just found a new artist I like, put on his album to sleep to and woke up 7 hours later with random suggested music playing. I have auto play suggested songs turned off on my phone settings. Is it possible to stop this with Alexa speaker? It never used to, just randomly started today.
Source

Spotify won’t stop playing suggested songs, even though Autoplay is turned off.

This has been happening to my boyfriend and yes, he has premium. It’s turned off on his phone and on the desktop version. I can’t find a solution online either, so I would love if anyone could help! It just started doing this randomly about 2-3 weeks ago, with no setting changes.
Source

Then, from those platforms, once the user’s album or playlist has finished playing, random recommended songs will start playing.

The platforms affected by the change

Apparently, the change affects all platforms and devices compatible with Spotify, except native apps.

That is, you could only disable autoplay from Spotify app for mobile and Spotify app for desktop. Meanwhile, you won’t be able to disable it on Spotify web, compatible smart speakers and others:

TLDR: A recent change has made “autoplay” the default behavior when using Spotify Connect devices (anything other than the desktop or mobile apps). This will happen regardless of the current active “autoplay” setting. This setting affects only the playback directly on your phone or pc/mac (apps) and does not work universally. If you would like to see an option to turn it off, then vote for this idea here:

Spotify team is aware of complaints and invites users to vote

The Spotify team confirmed the recent change. In addition, they invite users who are dissatisfied with the change to vote for reverting it (through this link).

For now, it only remains to wait for the vote to achieve sufficient participation. At that time, Spotify will consider reversing the change in autoplay behavior.

In the coming days, if there is any new development in this regard, we will update this article with the pertinent information, so stay tuned.

06:33 pm (IST): Spotify has now begun rolling out the option to turn on or off autoplay on connected devices and the Web Player via the Spotify desktop app with version 1.1.74.

While the option is currently limited to the desktop app, Spotify, in the announcement post, confirmed that it will be bringing the option to the mobile app as well with an update in the future.

Many Spotify subscribers have also taken to social platforms such as Reddit to confirm getting the new option. 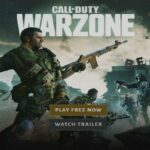