Ever since its inception, OnePlus has been making impressive Android devices. The BBK Electronics-owned smartphone manufacturer is known for its intuitive UI and smooth near-stock Android experience.

Over time, both users and critiques have named OxygenOS as one of the best Android skins available in the market, thanks to the developers keeping bloatware to a minimum.

A few months ago, OnePlus announced that they will be ditching OxygenOS in favor of Oppo’s dreaded ColorOS. While ColorOS has improved a lot in the last few years, people hate it because of how it looks.

That being said, OnePlus recently rolled out the Android 12 update with OxygenOS 12. But it looks like users are already hating on the update because of its close resemblance with ColorOS.

Users are complaining that it makes the overall user experience less enjoyable. Many say that the update has removed a lot of useful features such as the ability to customize icons and status bar.

It is just the complete opposite of what oneplus phones have been since the beginning. It looks bloated, its less customisable. Despite being the “stable” version i have found it to be buggy. Navigating the new launcher is a ballache compared to before. If I had bought the phone like this then fair enough, thats on me for not doing my research. But this update feels like a rug pull. In reality yeah I could probably live with it but I have to use this thing every day and I like to keep my phones for 2-3 years so I need to be happy with it.
(Source)

And they are not completely wrong. Many people buy OnePlus phones because of the clean and near-stock user interface it has to offer.

But with OnePlus ditching their OxygenOS in favor of ColorOS, people might ditch the brand altogether and switch to the likes of Xiaomi and Samsung, who are working on keeping their interface clean.

Having said that, do let us know what you think about OxygenOS picking up elements from ColorOS in the comment section down below. 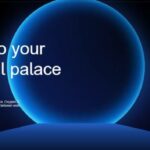 [Update: Dec. 09] Some YouTube users unable to comment on videos & instead get 'This action isn't allowed' error, possible workaround inside