In a couple of months’ time, Samsung will unveil the Galaxy S22 series as the successor to the Galaxy S21 family of devices released earlier this year.

As usual, we are already seeing plenty of leaks around the expected design of the Galaxy S22 series alongside features Samsung is likely to include as it looks to outdo Apple’s iPhone 13 series.

For years, the two have been competing regarding whose phone is the best. While Samsung often came out on top in terms of the innovative designs with each iteration, Apple was always winning the software battle.

Things have changed in the recent past, though. Samsung has greatly improved the Galaxy smartphone software experience with the shift to One UI, even going further to narrow the gap with respect to duration of software support.

The shift in focus from constantly evolving the design of its smartphones to polishing the software experience isn’t just about Samsung, but the entire smartphone industry at large.

Well, that could be a valid reason, but not the only viable explanation. Thanks to the maturity that has become of smartphone designs, manufacturers arguably have more time and resources to direct into quality software.

Today’s smartphone design is arguably the best there is. There isn’t much smartphone makers can do to drastically shift to something never seen before.

Of course, we’ve in recent times seen vendors turning to foldable and swiveling designs to break the monotony. Heck, the likes of Samsung and Motorola have even gone the nostalgic way with flip phones.

The fact that vendors are turning to old designs for inspiration says a lot about where smartphone design is at the moment. They too know nothing much can be done to improve on the current design language.

Most smartphones today have identical front panels featuring a full screen with either an under-screen selfie camera, a notch like the iPhone, or a camera hole like most Android phones.

This essentially leaves nothing that can be tweaked to make the front panel look different or unique.

Sure, Samsung and other vendors gave us curved screens with edges that included extras like using them for notification alerts or even quick actions like viewing the weather, news and other info.

Google introduced squeezable edges on the Pixel 3 and Pixel 3 XL but nothing much came out of this design and it was discontinued shortly after.

With this knowledge, vendors have in recent times been turning to the back panel to try and stand out from the crowded market with respect to smartphone design.

But then again, there isn’t much that can be removed or added to the back panel to make one phone look unique compared to the one next to it.

With the rear-mounted fingerprint scanner gone and replaced by an under-screen sensor or, in rare cases, a side-mounted module, vendors are left with only one design element to play around with — the camera module.

As noted earlier, leaked real-life images of the Galaxy S22 series are already doing rounds and if true, the most notable design change compared to its immediate predecessor is the rear camera module.

Apple, on the other hand, has had the same notched front panel since the iPhone X, with only the rear camera module seeing minor design changes over the course.

Word on the street also suggests OnePlus 10 Pro’s front panel will likely be identical to the OnePlus 9 Pro, but with design tweaks to the rear camera module.

The recently announced Google Pixel 6 has just about the same front panel design featuring a camera hole, only that the location varies compared to the Pixel 5 and Pixel 4A family.

To make the smartphone stand out, Google tweaked the design of the rear camera module where lenses live in a distinctive bar that you’ll hardly find on any other smartphone today.

Oppo has just announced the Reno7 series and one of the most hyped design elements is turning the rear camera module into a notification LED indicator. This is just about the only significant design change compared to the outgoing Reno6.

The fact that smartphone OEMs are turning to the rear camera module design to try and stand out from the crowd doesn’t mean they are no longer innovative or boring for that matter.

On the contrary, it epitomizes how far the industry has come to a point where OEMs can comfortably stick to mostly the same design language without massively hurting their sales.

Smartphones of today are a beauty to look at and hold in your hand. Changing them to something else would probably be a step backward, and no one wants this, including consumers.

Rather than fix what’s not broken, vendors are now turning their attention to actually fixing what has been broken for years — software.

Hopefully, the overall software experience keeps getting better with each iteration now that we have solid devices to match, for this will not only be a win for OEMs, but also for device owners.

Of course, you’re welcome to chime in with your thoughts via the comments section below. You may also cast your vote on the Twitter poll, with results to be published next week.

Vote below and read our opinion here: https://t.co/vRpmowrFfr

The results for the poll are out, with majority agreeing that smartphone designs have indeed become stale. In case you missed the poll, you can still share your thoughts in the comments section at the bottom. 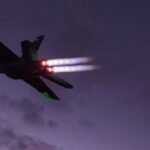