YouTube Music is Google’s service that rivals other big names in the streaming music industry like Spotify, Apple Music or Tidal.

But, many users of the YouTube Music app are facing serious malfunctions that prevent its use. And, therefore, they cannot enjoy the service for which they are paying (1, 2, 3, 4, 5, 6, 7, 8).

According to multiple reports, the app is suffering from erratic behavior. YouTube Music is constantly crashing and freezing on both Android and iOS devices (1, 2, 3, 4, 5, 6).

Every time I open the youtube music app it either freezes the whole screen then crashes, or freezes and crashes after I perform one function. A few weeks previous to this new development, every song stuttered or stopped, I think it’s due to buffering issues because even though I download all my music it’s impossible to listen to a song either on or offline. The app has taken up all the memory on my phone because it’s so clunky it didn’t give an option where to store it before the transfer from GPM, it just automatically transferred everything to the phone. Because of this I only have 1gb of memory left on my phone, the app causes it to overheat and I can’t save any pictures.
Source

Every 2 to 3 min (on a good day) the appcrashes and frags out requiring a login and input. Yes its related to network quality. No its not relevant because im playing downloaded music. WTAF. Google play was perfectly capable of working pureley offline and you destroyed it, forcing me to use this substandard wish mimicry of a platform. How the hell do i turn off the youtube apps addiction to online/mobile servicetstreaming dependance so it can be used functionally offline?
Source

Official acknowledgment, and a potential workaround

According to reports, there is a workaround that helps to solve the YouTube Music app crashing issue. Basically, it is recommended to uninstall and install the app.

For anyone having YTM issues. The solution ended up being an uninstall and then reinstall of the app. If possible add all your downloads to a playlist, otherwise you’ll loose all of your downloaded music. So the app is working correctly now but the app lacks so many useful features. Good luck!
Source

On the other hand, the YouTube team is already aware of the issues. Currently, they are investigating about it, and there is still no estimated date for the arrival of a fix.

Therefore, it only remains to wait for new developments to emerge in this regard, which will be added to this article. Finally, you can also check the bugs/issues tracker dedicated to YouTube. 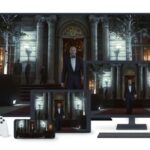