One of the most visually stunning games of all time, Microsoft Flight Simulator was released last year. Featuring advanced imagery bundled into a map spanning the length and breadth of the entire Earth, the video game is developed by Asobo Studio and published by Xbox Game Studios.

While players have praised it for its realistic graphics and solid gameplay, the game has had several technical issues spanning from updates causing crashes to mouse cursor randomly disappearing. In addition to developers frequently updating the game, graphics card companies such as AMD and NVIDIA also update their drivers to improve performance or fix issues pertaining to certain models.

However, it seems that a recent NVIDIA driver update is causing Microsoft Flight Simulator to crash for many. Moreover, those who are able to run the game say ground textures are appearing as blue patches.

Players are frustrated since the game crashes to desktop with any error whatsoever, making it hard for them to describe the problem to the developers. The problem seems to be linked NVIDIA Geforce driver (497.09) that was released just a few days ago.

Hi all, first post here as I’ve only had the game for a few days. The game has had no additions, it is plain vanilla, the only changes have been control mapping.The first two days, everything worked fine. The third day I updated to 497.09 and the problems started. Initially I could get to the runway and then it CTD when I tried to look around in the cockpit. Subsequently, I couldn’t get past loading screens and it never fully launched. I downloaded an earlier driver and it has worked fine since then.
(Source)

Hey ladies and gents, this is a special moment for me…I just installed the 497.09 driver… I started the sim, DX11 mode, picked Cessna 172sp for a spawn at my local airfield, pressed FLY – and soon after during the loading screen my simulator crashed for the first time in my life…since I have MSFS since October 2020.Oh well…another one bites the dust…my Perfectly Stable Sim-Simmers race is almost extinct…
(Source)

Thankfully, Microsoft Flight Simulator support said that they are aware of the crashes users are experiencing after updating to NVIDIA Geforce driver (497.09). However, there is no ETA on when a fix is coming.

In the meantime, those affected can either try switching to DX12 if their card supports the feature or simply revert to an older version of NVIDIA Geforce drivers. Nonetheless, we will be keeping an eye out on the matter and update this article when a fix is out. 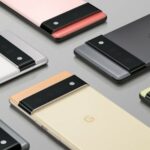