Google earlier this year integrated its Drive File Stream and Backup and Sync apps into Google Drive for desktop which is available on Windows and macOS.

Many users liked this change, while some have also come up with several issues with Google Drive for desktop. Likewise, a new issue with Google Drive has come to light where users are unable to open some files.

As per reports, some Windows 10 users are now complaining that they are unable to open Excel (.XLSX) files saved in Google Drive. Basically, XLSX is a file format in Microsoft Excel or any other spreadsheet program that is capable of storing data in worksheets.

However, some users say that when they try to open the Excel file from Google drive, it shows an error that says ‘Excel cannot open the file because the file format or file extension is not valid.’

Moreover, it asks to verify that the file is not been corrupted and the file extension matches the format of the file.

There have been several issues: first it was virus detected and not downloading, then it was not saving the excel file because of .xlsx and .xls mix up and I still don’t quite understand but I have long workaround, and now the error message in word is” we had trouble reading your file, check connection and try again” (Source)

While many users are not able to open XLSX files, some have also complained of the same issue when opening DOCX files through Google Drive.

Meanwhile, neither Google nor Microsoft has acknowledged this issue and the root cause of this problem also can’t be determined.

But hopefully, some users have managed to find a workaround to this issue. It is believed that McAfee is blocking access to Excel files and turning it off resolves this bug.

However, it’s possible that you don’t use McAfee on your system, in that case, you can try disabling whichever antivirus software you are using and see if it works.

Rest assured, we will keep you updated on the further development of Google Drive not opening Excel (.XLSX) files issue as and when anything new comes to our notice. 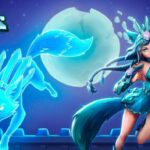