Paladins: Champions of the Realm, the popular free-to-play FPS, is reportedly having some audio issues that can seriously affect the gameplay.

According to multiple reports, the audio in Paladins: Champions of the Realm is stuttering or choppy on many occasions. This can directly affect clashes by not being able to be aware of all sounds around you.

Audio stuttering or choppy issue on Paladins: Champions of the Realm

Some Paladins: Champions of the Realm players report erratic sound behavior. For example, VGS commands (preset commands with sound) only display text, or sometimes only some players can hear them.

This has started ever since they released Saati. For some reason from time to time when you use one of VGS commands the command text will show but you will be mute and your team can’t hear you either. Sometimes others can hear them but the rest of the team can’t for some reason. This bug can be abusive and will have teammates not turn around because they can’t hear it and think it’s coming from the enemies in front of them.

paladins has this weird audio glitch. you can’t hear voicepacks (sometimes), ult audios, footsteps, occasionally weapon shots, and effects (like stealth noises) and it makes it difficult to tel when there’s an enemy behind. it’s a huge issue with azaan too rn.
Source

This brings derived problems that affect the gameplay. For example, you cannot hear well if you have opponents close. Also, you can’t coordinate well with your team either.

Developers are aware and working to fix the bug

The Paladins team officially confirmed that they are aware of the audio issue. They claim that they are working to resolve it as soon as possible. However, there is still no ETA for the fix.

We are aware of the audio bug. The team is working on a fix to get out as soon as possible.

As for a chest giving you a dupe, do you have evidence of this? Chests are not supposed to ever do that so this would be a bug that needs investigated.
Source

05:05 pm (IST): According to the game’s social media team, this is the latest update on the matter:

Audio bug fix is in progress waiting on certification for the hotfix. (Source)

06:15 pm (IST): Players can expect the sound issues to be fixed with the latest hotfix update that should be live already. The team confirmed the same on December 1 at 3:37 am (IST) on Twitter.

Our hotfix addressing a major sound issue in Paladins is going live tomorrow morning. Servers will be in maintenance starting at 7AM EST. (Source) 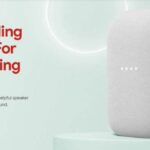