League of Legends is one of the most popular esports titles right now. Developed and published by Riot Games, it was initially released in 2009. Despite its age, it is played by millions worldwide.

Over the years, Riot has added several characters to the game, with the title now featuring more than 140 champions. Thanks to frequent updates and balances changes, the game still feels fresh and exciting. Unsurprisingly, like all online games, it is susceptible to some bugs and issues that surface from time to time. That being said, League of Legends players are now reporting an issue that caused the true sight to stop working.

In case you are unfamiliar with the term ‘sight’, certain structures and items in the game such as turrets and some spells allow you to have a vision of a specific area. A true sight is a form of sight that allows players to see units concealed in stealth.

With true sight not working anymore, many say it is causing mass confusion with champions that can go invisible dominating the game. Gamers say that the issue surfaced after the recent update.

Title, or its just an aram bug? Multiples true sights are not working rn at howling abyss, snowball, Caityin traps , Karma W, Nida traps, Morgana ult are the skills I tested til now…. My friend said he tested TF ult too, anyone else tested this? Its just an aram bug?
(Source)

I’ve noticed True Sight not working on invisible champions since the preseason patch. I main Nidalee and hunted targets should always be revealed. I’ve seen Twisted Fate Ult not reveal them as well as Kaisa W. I know there are a lot of others, but these are just the ones I’ve seen personally.

Examples that should get revealed are, Akali in shroud (big one) Teemo being Teemo Shaco dash Khaxix in Ult Etc It still works on Camouflage abilities like Twitch bad being in the camo zone of the Chemtech Drake map. Has anyone noticed any True Sight abilities that are working on invisibility?
(Source)

Fortunately, Riot Games has acknowledged the issue and said that they are working on a fix. The developers said that the fix will be included in the next patch, but did not share any ETA on when it will be coming.

Until then, champions that go invisible such as Akali and Evelynn will dominate League. As always, we will update this article when Riot releases the patch that fixes the League of Legends true sight issue.

Apple Music on iOS 15.1 unable to rate songs using Siri, returns "Sorry, I can't do that" or "I can't help you with that" error (workaround inside) 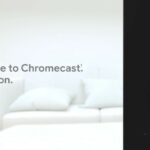