Earlier this year, the Google Phone app received the Caller ID announcement feature. When activated, the device announces the name and phone number of the incoming calls.

However, there are many users reporting that, after a recent update, the caller ID announcement is glitched or not working properly (1, 2, 3, 4).

Google Phone caller ID announcement feature is glitched for some

Caller ID Announcement feature is specially useful for the visually impaired. But, it can be used by anyone to ignore unwanted calls without having to touch the phone.

Having said the above, after updating Google Phone, users reportedly receive random placement words of numbers instead of name and number on an incoming call.

After the recent updated or the Google Phone application,it’s is not working properly.
Caller ID announcement is turned on – When someone is calling, I am getting something like lessthan, greater than, interpreter,space, contact name.
I had tried clearing the cache, app data, uninstalled and reinstalled the app but still facing the issue.
Please check.

As the report points out, neither clearing the cache nor the data of the Google Phone app helps to solve the problem. So, everything indicates that the bug is related to the last update that the app received.

Not only the Google Pixel are affected by the bug

For a long time, many phones from other brands (no Pixel phones) have integrated the app on their devices, even if they use a custom interface.

Reports from users of devices from other brands (such as Realme) report that the latest update of Google Phone also brought bugs, although they can be presented in different ways.

For example, in this case, the Caller ID Announcement sounds from one side only (on phones with stereo speakers).

Hello, I was use the realme 7 pro device. In previous version of Google Phone app in the caller id announcement was announce in both speaker (ear / Bottom)of my device bin loudly, but after the last update in that only ear side speaker was working fine, the bottom side speaker ring the ringtone only, in that I have reset my device many time in which I think it’s my device settings was changed but I’m wrong to face same problem even after the reset the device, and I have also cross check the same issue to my friends device also, So I think it’s one kind of bug, so please resolve or fix it asap.
Source

A Google product expert confirmed that the company is aware of the reports. And, recommends that affected users continue to send feedback to help developers fix the problem.

This issue has been brought up to the developers already, and is being looked into. I would also recommend sending feedback, too. This can further help the engineers with information to determine, and come up with a fix.

You can leave feedback to the developers, from within the Google Phone app, by tapping the vertical ellipsis (⁝) in the top right corner, then selecting Help and feedback, then select Send feedback.

Finally, there is still no estimated date for the arrival of a fix to the bug. If there is any new development in this regard, we will update this article. So, stay tuned. 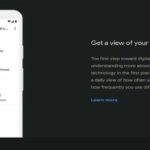