Google aware of Nest Wifi point setup issue on iOS ('The operation could not be completed' error), but there's a workaround

Google Nest Wifi is the company’s mesh connection system. A Wi-Fi mesh network is designed to offer wide coverage in a specific area, but without the performance degradation that a Wi-Fi extender suffers.

That being said, some iOS users are facing issues while trying to set up an additional Wifi point to complete a mesh Google Nest Wifi network (1, 2, 3, 4, 5, 6).

According to multiple reports, problems arise while trying to add additional Wi-Fi points to the network. The error message ‘The operation could not be completed’ does not allow to do so.

I have a 3 point Google Wifi mesh set up and running fine. I have recently purchased an additional point second hand to add to the mesh and extend wifi coverage to the back of our garden.
Have factory reset the new point by holding down the factory reset button while connecting power. After giving it 10mins, the blue light had started to flash. Using Google Home from my iPhone, I started the process to set up a new device. It found the new point, then said it was setting up the mesh. It then delivered an error that says:

The operation could not be completed (Googlemac_iPhone_Home_Wifif_Operations_Impl_Impl.PollForComletionOperationImpl error.)

Any idea what to try next?
Source

For some users, the problem started after migrating their network from Google Wifi to Google Home.

Google Wifi Mesh worked like a charm for 2 years until my modem was replaced and at the same time my Google wifi was migrated to Google Home. Now I cannot reconnect any pods anymore. I added the pods by clicking on set up device in Google Home app > new device > select the correct home. Google Home App recognizes the pods, but after scanning the pods I always get the message: Connection Failed.
Source

The problem only occurs with iOS, Google is aware

Many reports come from iOS users, which raised suspicions of problems related to that OS.

And, this was confirmed by a Community Specialist on the Google Nest support forums. It is also confirmed that the team is working on a fix, but there is no ETA yet.

Thanks for letting us know how you worked your way around the issue. Yes, there’s a known issue with the iOS version of Home and a fix is in progress. I’m sorry for the confusion there, but I’m happy that you were able to find a temporary workaround.

For those still waiting for a fix, I’ll update the thread when I know more.
Source

Some workarounds that could help

There are some potential workarounds that affected users can try while a fix arrives. First, iOS users are advised to check if the Google Home app has all permissions enabled.

After having checked the above, you can also try the following procedure:

Another alternative is to try disabling the Wifi assistant on iOS:

At the moment, there is no new official development on the matter. When one comes up, we will update this article, so stay tuned. 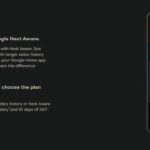