Like other smart home devices, the Google Nest Thermostat can be controlled using the commands of a voice assistant.

One of the most popular assistants to control this type of devices is Alexa. But, it seems that some Google Nest Thermostat are not working properly with Alexa.

Some Google Nest Thermostat cannot be turned off with Alexa commands

According to multiple reports, the problems started after a recent update. When a user tells Alexa the voice command to turn off the Google Nest Thermostat, this does not happen.

First, I spoke with Google Nest support about this issue and as expected, they put me on hold for 5 minutes to research the issue and hung up on me. That seems to be a trend in customer service these days.

But anyway, So i can use Alexa to control all aspects of the Nest Learning Thermostat. I can turn it on, i can change the temperature, but when I ask it to turn off the heat, it does not. The Nest app shows it as off, Alexa thinks it’s off, but the thermostat on the wall is clearly on and set to whatever temperature it should be and it’s lit orange indicating the furnace is running. It never used to do this and use to work fine.
Source

And, even though the thermostat did not turn off, a response from Alexa indicates that it did turn off. This issue with voice commands only reportedly occurs while trying to turn off the device.

Recently after an update, my nest app stopped pushing the off command from Alexa and SmartThings to the thermostat. Everything else works with those outside sources. I can change temperature and I can change mode but when I use an external app to turn it off, it updates everywhere but does not push through to the thermostat and turn off my unit.
I spoke with Google and they weren’t aware of any solutions. Anyone experience this?
Source

But, all the other Alexa voice commands to control the Nest Thermostat work fine. That is, the user can change the temperature, switch between modes, etc.

A potential workaround to mitigate the problem

Everything reportedly started after a Google Nest Thermostat update that arrived at the end of October. It would have caused the conflicts with the Alexa commands.

However, there is a workaround that can help mitigate the issue. Basically, using the commands from the Google Home app can do the job, while a definitive fix arrives.

I found something interesting today, usually turning the thermostat back to off doesnt work for me from either the app or alexa however I recently found out that you can do this from the google home app, anyway after doing this the app went back to work, then I tried to do it with Alexa again and the issue re appeared, it seems as if alexa is creating the problem somehow and leaving it stuck until you unstuck it using the google home app, the interesting part is that you can say, “hey google set thermostat to off” and that would work, but not Alexa, that will generate the issue again as mentioned before
Source

But, using Alexa commands after Google Home will ‘stuck’ again the Nest Thermostat.

It is not yet known if Google is aware of these reports. We will update this article if there is any new development in this matter to keep you informed. 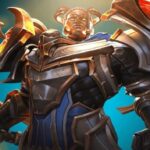