Google’s Android 12 beta program is still live with the beta 3.1 update being the latest. However, issues like the poorly designed search bar in the app drawer from Android 12 beta 3 were not addressed in beta 3.1.

Also, those running Android 12 beta 3 and beta 3.1 on their Google Pixel devices came across another bug.

As per an IssueTracker thread, it seems pulling down the notification shade on Android 12 beta 3 and 3.1 shows a blank screen instead of the quick settings panel.

This blank screen issue occurs when users try to pull down the notifications/quick settings shade from the Android 12 beta 3 and 3.1 lock screen. However, it only affects the quick settings panel.

Users have also pointed out that the quick settings panel buttons remain active even on the blank screen but nothing shows up due this bug.

This issue has been escalated to the development team which indicates that it might be fixed in the upcoming Android 12 update.

However, this is still based on speculation as no ETA for a fix has been provided in the IssueTracker thread.

All this has further led users to come up with a rather simple workaround to fix the problem for the time being.

It appears switching the screen off (by pressing the lock button) when the blank screen occurs then switching it back on fixes the issue.

However, this is only a temporary solution to the problem and a permanent fix is still required for the same.

Hopefully, Google addresses all these issues in the upcoming Android 12 beta update and releases a near flawless stable version when it does.

That said, we will keep tracking the development of Android 12 and will report back when more details come to light.

In the meantime, you can check out our Android 12 bugs and issues tracker for Google Pixel devices to get the latest updates on the topic.

03:43 pm (IST): The issue were pulling down the notification shade on the lock screen showed a black screen has been fixed as per the status on the issue tracker page.

The issue has been fixed. If this issue currently still exists in a current Android build, we request that you log a new issue along with the bug report and reference this bug for context. (Source)

12:01 pm (IST): Android 12 has since hit the stable channel and all eligible Pixel devices have been updated. However, despite being fixed in beta, it seems the issue somehow made it to the stable version of Android 12.

Reports online (1,2,3,4) from various Pixel devices including on the newer Pixel 6 models indicate that this issue is still fairly prevalent. 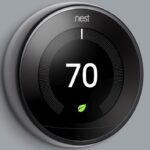