Spotify may have finally fixed the shuffle function (always playing same songs), as per some user reports

Spotify is one of the most popular music streaming services available on the internet. With a library consisting of more than 70 million songs and an ever-expanding collection of podcasts, the platform has witnessed a significant increase in the user base in the last few years.

Because the developers focus on bringing new features to the platform, bugs and glitches do often affect users on the platform. For example, the recently introduced Blend playlists feature was reported by many as not working. Nonetheless, the Spotify development team seems to be working quite hard when it comes to resolving user issues. With that being said, a few months ago, Spotify users reported that the shuffle function was not working as intended and that it played the same songs over and over.

Spotify users said they were frustrated because even though they had a large music collection, the broken shuffle feature was preventing them from listening to it all.

Since being able to shuffle songs is one of the core functionalities of any music service, many were wondering how the company managed to botch it up in the first place.

Shuffle seems to be completely random again since last week, instead of through an algorithm. I love it, hearing songs in my playlists I haven’t heard in months/years instead of all the most popular ones and liked ones. Doesn’t always have to be complaints in here, if they do something good we should praise it too. UX library updates on desktop still suck though 🤐
(Source)

I didn’t believe how bad Spotify’s shuffle really was.. …until I ran a few experiments. I have a list of 230 songs, and did 10 plays of 20 songs each.Now I am not a mathematician but if a song appears in the first session, the chance of it appearing in the second session is about 8.6%, so not unexpected. The chance of it then appearing on the 3rd session is less than 1%. But I have one song that appeared on 5 out 10 of sessions though, and several that appear on 4 out of 10. That is insane. The shuffle is just so broken.
(Source)

Fortunately, it looks like Spotify developers are allegedly working on fixing the Shuffle function with some saying that it now plays random songs instead of a few repeated ones.

Shuffle seems to be completely random again since last week, instead of through an algorithm. I love it, hearing songs in my playlists I haven’t heard in months/years instead of all the most popular ones and liked ones.
(Source)

But with Spotify yet to say anything on the matter, it is not yet known if the developers have indeed made some modifications to the Shuffle algorithm. As always, we will be keeping an eye out on the issue and update this space when required. 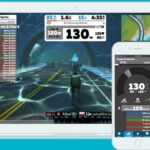