EA NHL22 is the latest version of the NHL ice hockey simulator series. However, according to recent reports, its players are facing some issues.

There is a bug in EA NHL22 that causes the player’s custom team jersey numbers to not be displayed during matches in Franchise mode.

In EA NHL Franchise mode, the player can create a custom team and customize all its aspects. The customization also includes aesthetic aspects, such as jersey numbers.

But, according to multiple reports, the player’s custom team jersey numbers are missing during matches (1, 2, 3, 4, 5).

So I recently started a franchise mode on the KC Scouts and I created all the jerseys, and branding for both my nhl franchise and ahl affiliate. However when I played my first game the jerseys ha their design but not the numbers nor player last names. So I decided to see if my ahl teams jerseys were working and their numbers and player names were showing on their jerseys so I don’t even know at this point. If there’s anybody that knows why this is happening and how to fix it let me know plz I’d really appreciate.
Source

This issue is ruining the experience for many players. After all, they spend a lot of time editing the appearance of the players in their custom team, and this is not reflected in the gameplay.

Please tell me I’m not the only person who’s franchise mode team doesn’t have names or numbers on the jerseys. It’s really annoying going through all the work of creating a custom team for them to look like a random filler team EA threw in. Is there any patch update in the works to fix it?
Source

EA is aware, but has been for weeks

EA is currently aware of the issue. The company’s support team recently confirmed that the bug is under investigation.

Hey there, Marvin. Thanks for reaching out about the issues with the jersey numbers showing blank. This is something we’re aware of and working on currently. It’s under investigation but is yet to be resolved. — Bruce
Source

But, it should be noted that this bug is not exactly new. In fact, in October, a Community Manager had already confirmed that the company was aware, and was working to resolve it.

However, it is almost December and the issue remains unsolved. There is also no estimated date for the arrival of a fix. 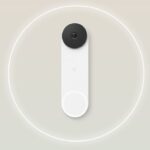