Adobe Photoshop Elements is a popular and easy-to-use graphics editing tool that allows users to create, edit, and organize images. This software is available on both Windows and macOS.

However, it seems that this software is not yet fully optimized to be used on Apple’s latest macOS 12 Monterey. 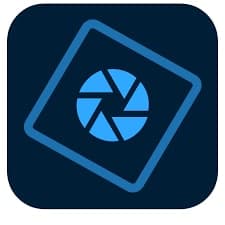 As per reports, some users are now saying that both Photoshop Elements 21 and 22 versions are not working for them after they upgraded to the latest macOS Monterey.

Ever since Apple released macOS Monterey, users have been reporting crashing issues with Photoshop Elements. Users say that the software launches sometimes, but most of the time they get ‘not responding’ error and they have to force quit.

After installing Monterey, Adobe Photoshop Elements 2021 launches sometimes but mostly I just get the “not responding” and have to force quite. Adobe support of course isn’t offering any usable information. (Source)

My elements 2021 failed to open once I upgraded to Monterey. I bought Elements 2022 (Two months earlier than I would have) to resolve the problem, but it did not help. Sometimes it openss, sometimes it does not. A person can’t work this way. How on earth does Adobe, the most popular software in graphic design, fail to coordiate with Apple, the most popular platform for graphic designers. This is a world class screw-up on Adobe’s part. There is a CEO out there that deserves getting fired. (Source)

As apparent from the above reports and more (1, 2, 3, 4), it clearly seems that Adobe’s Photoshop Elements 21/22 versions are not yet compatible with Apple’s latest OS.

Meanwhile, an Adobe Community Manager, who acknowledged the issue said that the company is aware of Photoshop Elements crashing on macOS Monterey and is are currently investigating it.

Until this issue gets fully resolved, those affected can try the workaround suggested by a user and see if it works.

I have used a work around for the time being until Adobe comes up with a solution to make Elements 2021 and 2022 compatible with OS Monterey. One, I get Elements 2021 started up after re-starting my 27″ iMac 2020, I leave it running (ie. I do not quit the application ) . Seems to work that way. Although I hope that Adobe will come up with a fix soon. (Source)

We hope that Adobe fixes the compatibility issue of Photoshop Elements 21/22 with macOS 12 Monterey soon since the users who purchased the software aren’t able to access it.

That said, we will keep you updated on the further development of this story as and when anything new comes to our notice, so stay tuned.

In the meantime, you can check out our dedicated macOS 12 Monterey bug tracker to see which bugs are affecting users.

IST 11:54 am: Adobe has now come out to note that they’re actively working with Apple to resolve the issues with Photoshop Elements 2022 on macOS 12.0 Monterey. Adobe is actively working with Apple to resolve the issues with macOS 12.0 Monterey. As we have more information, we will update the forums. Thank you for your patience.
Source

IST 11:54 am: One of the affected users seems to have found a possible workaround to this bug. Below is an excerpt of his report.

I found a workaround that “works”. Shut down your mac and then open in safe mode (on my older mac holding down the shift key until you see the apple logo). Then you can open the photo editor.

Having said that, I will definetely look for an alternative to photoshop. They clearly don’t give a damn about their customers.
Source

Admittedly, not the best workaround ever but in a pinch, this could get you out of a sticky situation so it might be worth a try.