Battlefield 2042 Hitreg issues now have a fix, but no word on release date

EA’s Battlefield 2042 is one of the best games looking first-person shooting games this year. It brings a lot of new features along with some significant changes to the decades-old Battlefield franchise.

This is also the first time the game has ditched the campaign mode in favor of a multiplayer experience. However, the result is a buggy game with players already facing several issues, many of them breaking even basic functionalities such as mouse and keyboard input since its pre-release. While EA has is already working on several issues, it looks new bugs are still surfacing. Some Battlefield 2042 players are now reporting that they are experiencing Hit Reg issues. In case you are unaware, Hit Registration (Hit Reg) in an FPS refers to registering damage from a bullet in the game.

The issue is making the game unplayable to a point where they are unable to kill enemies even with headshots. Since being able to kill enemies is one of the core elements of a shooting game, people are angry with EA and wondering how such bugs make it past the developers in the first place.

Players say that hitreg issues are still rampant after the latest update, with the popular NA streamer Jackfrags showing a video of the same.

So as a pretty decent player on xbox ( 3.65k/d ratio ) in terms of infantry kills i feel somewhat bad in this game. Yes i go positive every round and YES I KNOW BATTLEFIELD IS NOT ABOUT KILLS OR KD but does anyone else feel you should win gunfights and still loose em? Like people jiggling around or jumping in irregular speeds and stuff? I feel like i am a christmas noob again and i am 99% sure it is not my fault cause i had almost the same performance in every BF game since BF3.
(Source)

DICE needs to take a look at M5A3 carefully, specifically the Hitreg. I have tested all 4 different Assault Rifle, only when using M5A3 where I dump half of a magazine into one enemy only few actually registered as hit. Rest of the ARs are working fantastic.
(Source)

Some say that they are experiencing the issue even in solo mode. Thankfully, the lead game designer at EA Dice reached out and said that they have a fix for the Battlefield 2042 hitreg issue.

Pretty confident we have a fix for the issue now. Thanks for the video again!
(Source)

The developer said that the fix will be hopefully included in the next update, which might be coming out sometime in December according to the Battlefield 2042 update map.

We hope Battlefield 2042 developers release a fix for the hitreg issue as soon as possible since the game will be unplayable till then for the players. When they do, we will update you so make sure you stay tuned. 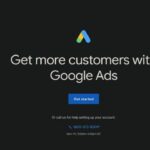 Google Ads team aware video discovery ads not running for some YouTubers, but fix has no ETA (potential workaround inside)