Twitter app reportedly suffers for some notification-related issues on many iOS 15 devices.

Several iOS 15 users report that they are not receiving notification sounds, or even vibration, from the Twitter app. The issue would have started to emerge a few days ago (1, 2, 3).

According to reports, the problem arose suddenly on the Twitter app running on iOS 15.

It seems that the problem only affects the sounds and vibration. Meanwhile, items like the banner notifications and the badges counter work correctly.

I don’t know what would have changed but Twitter notifications no longer make a sound on my iPhone XR. I’m running iOS 15.1. The notifications work properly besides the sound – I get the banner notification and the badges, but not sounds. Sounds works in General->Settings->Notifications->Twitter. Any idea what the problem might be? Other notifications, like Snapchat and Mail, still make sound.

Besides verifying that the notification settings look correct to me, I’ve restarted the phone a couple times but nothing has helped.

Most of the cases agree that Twitter is the main affected app. But, some iOS 15 users also suffer from the same problem in the Messenger app.

Checked a bit online with no success to this issue. So, 2 days ago my Twitter and Messenger notifications don’t pop up on my Apple watch or vibrate/sound on my phone having it locked or unlocked. I’ve checked and all my settings are correct, nothing has changed. So I’m having so issues reverting it back to what it was prior. Any solutions to this? (And no, I don’t have focus on).
Source

The notification sounds and vibration of the Twitter app are also reportedly ‘muted’ on the Apple Watch.

The bug was present in iOS 15 beta

The situation is not exactly new. Users of the iOS 15 beta reported similar problems many weeks ago. But, in the stable version, the Twitter notifications worked correctly.

Anyone seem to not have a Twitter notification sound since updating? So far all other apps have notification sounds but this one isn’t working. It’s happened once (but it was buggy) out of the about 15 notifications I’ve had. It played for a split second as the banner disappeared but was glitchy/robotic sounding and wasn’t the full tone. Have tried restarting my phone.
Source

Now, the problem has resurfaced and, at the moment, it is not known if Apple is aware of it.

If there is any new development in this regard, we will update this article. You can also check the issues/bugs tracker dedicated to iOS 15 to be aware of everything. 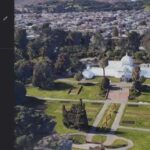