Google Phone app Favorites page broken (contacts out of order) for some Android users, issue to get fixed soon

Google Phone is Google’s contacts and calls app that comes pre-installed on Pixel phones and some models from other brands.

But lately, some Google Phone app users are reporting issues with the order of the contacts saved on their Favorites page.

Google Phone app Favorites page is ‘broken’ for some users

According to the reports, after recent updates, the order of the contacts saved on the Favorites page of Google Phone app changes by itself.

Normally, the Google Phone app allows the user to choose the order of their favorite contacts. However, the Favorites page now automatically sorts the contacts alphabetically (1, 2).

When users try to reorder their contacts again, the changes are reportedly not saved.

The latest update ruined this app for me. I used to be able to customize the favorites order and now that’s no longer possible because some idiot decided that it should always be in alphabetical order. It still allows me to move my contacts around giving the illusion that I can have control over where they show up but in real life it doesn’t work because it doesn’t save it. Get with the program guys.
Source

The November update had other bugs as well. Some users report that their phones sometimes automatically answer incoming calls.

Latest Android update has me hating phone. Ever since the update November. When left alone in the room by itself the phone now answers calls itself. It should not do that and that is spooky. As of today the 21st of Nov, my speed dial numbers are constantly rearranging themselves. I remove them and put back the speed dial I want and within a minute they’re rearranged to someone else that I did not select. I called Google, they’re only response was upgrade your phone. They do this intentionally.
Source

The issue was already escalated, a fix will come ‘soon’

A Google product expert confirmed that the development team is already aware of the bug. Also reveals that an update with the fix is coming ‘soon’

Thank you everyone for the reports.

The development team is aware of the issue, and it will be fixed soon. I don’t know if that means in the next update or not, but they are working on a resolution for this, and it should be fixed “soon”.
Source

For now, that’s all that is known on this matter. If there is any new related development in the coming days, we will update this article. So, stay tuned with us. 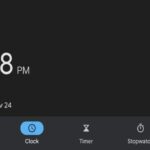