If you are interested in portable projectors, chances are pretty high you are already aware of the Xiaomi Mi Smart Compact Projector. With support for 1080P full HD resolution, it can easily project from a 60-inch screen to a 120-inch one.

It is also one of the few projectors in its segment to offer Dolby Audio customized for acoustics and Google Assistant built-in. While there are projectors in the price bracket that offer superior image quality, this is one of those options that offer the best-in-segment price to performance ratio. Those affected say that the issue started popping up after the last update, indicating that it is a software issue. Moreover, users say that they are getting an unknown SSID error.

Out of desperation, many said they have tried resetting their Mi Smart Compact projector but it does not help either. The bug has angered many since they are unable to do anything with their projectors.

Good morning, I’ve had constant WiFi disconnections for 4-5 weeks and I´m out of options to fix this issue. I´ve also contacted Xiaomi support and they are clueless about this. Is it possible to raise this internally?
Issue description: The WiFi connection drops every 2 minutes or so. This started happening after the latest Android TV update 4-5 weeks ago.
(Source)

I have exactly the same problem. After the latest update -> wifi 5GHz stop working. It is working, but it has disconnection each 30 sec. So Netflix doesn’t work, even screen saver from google doesn’t work. It can’t download the next image and continue using the first one. But the biggest problem for me is chomecast…. it stop working because of this issue! I can’t cast anything to projector right now, and I am oblige to use HDMI… it looks like I backed to a stone edge 🙁

Fortunately, users seem to have found a workaround that fixes the Mi Smart Compact project Wi-Fi issue. Those experiencing the issue can try switching their Wi-Fi to use the 2.4 GHz channel.

While the workaround should work for most, please keep in mind that switching to 2.4 GHz might result in a poor quality Chromecast and reduced Wi-Fi speeds.

Having said that, the bug is most likely Xiaomi’s fault and not a bug with Android TV. But with Xiaomi yet to acknowledge the issue, it is not yet known if and when a fix will roll out. As always, we will be keeping an eye out on the matter and updating this space accordingly. 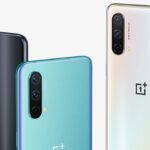 OnePlus users facing an issue where some settings UI elements appear outside of padding, potential workarounds inside