OnePlus users facing an issue where some settings UI elements appear outside of padding, potential workarounds inside

OnePlus is one of the most recognized brands for the quality of its software. However, there are still some things in the system that require correction by the company.

In the last few weeks, users of the brand have been suffering from some UI issues. More specifically, some settings UI elements appear outside of padding on OnePlus devices.

OnePlus some settings UI elements outside of padding bug

According to reports, there are OnePlus device users with misplaced elements in the settings menu interface. These problems have been popping up since last October.

The bug causes some options/items in the device’s settings menu to be displayed out of place, negatively standing out among all other items and breaking the consistency of the interface.

The problem does not affect the functionality of the option, since it can be accessed correctly. However, it causes a negative visual effect with respect to the rest of the interface.

Also, the bug would have started to emerge since the arrival of the Oxygen OS 11.0.4.1.HD65AA update at the end of October. The affected UI elements also vary, as shown in the following screenshot:

Some workarounds to mitigate the bug

While waiting for an official fix from OnePlus, there are some workarounds that help resolve the bug.

Apparently, the issues are related to some Google services. For example, the sections ‘Google’ and ‘Digital Wellbeing’ are the Settings menu items most affected by the bug.

If the affected item in Settings on your OnePlus is ‘Google’, you can try to uninstall the updates from the Google Play services app. Then update the app again:

Or simply uninstall it from here
https://play.google.com/store/apps/details?id=com.google.android.gms

And clear all the apps from recent memory.

Note: This is a temporary solution, it will occur again if the Google Play Services app update itself back.
Will mention if found any permanent solution 🙂
Source

But, if the affected item in Settings is ‘Digital Wellbeing’, you can try uninstalling the updates for that app. The process is as follows:

Hopefully helps others too. I reinstalled the update for Digital Wellbeing and it came back again, uninstalled and it was gone.
Source

At the moment, it is not known if OnePlus is aware of the bug. If there is any new development in this matter in the coming days, we will update this article. So, stay tuned with us. 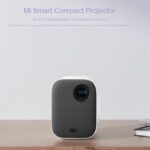