The Elder Scrolls V: Skyrim Anniversary Edition recently arrived to commemorate 10 years since its original launch. This version includes all the content that the game has received for a decade and more.

However, the launch has not been without its problems. Many players are reporting that, after updating to Elder Scrolls V: Skyrim Anniversary Edition, a black screen issue does not allow them to enjoy it (1, 2, 3, 4).

Black screen issue for those upgrading to Skyrim Anniversary Edition

The Elder Scrolls V: Skyrim Anniversary Edition can be acquired in two ways: from scratch or by upgrading Skyrim Special Edition. Those who only update, enjoy a reduced price for the new content (1, 2).

But, apparently, the issues begin to appear to those who upgrade. According to reports, while trying to load their game after the Elder Scrolls V: Skyrim Anniversary Edition update, they get a black screen.

@BethesdaSupport
The skyrim update is having issues loading old saves. The game bricks on a black screen. Music/sounds can be heard but any sort of input causes the game to stop responding. I don’t have any mods installed and have already reinstalled the game.
Source

Hey all I am running into some trouble. I just got the two horse armors, the dwarven mudcrab, and then I purchased the ebony armor from the Creation Club. It asked if I wanted to reload the data files and I selected yes after installation. However, now when I go back to my game, I hit continue, it will show the traditional load screen for a short time and then the screen will go full black and remain that way. I can’t even close out of it with task manager. And, have to restart each time. What’s going on?

I use Steam on PC.
Source

When the black screen appears after loading the saved game having updated, the only thing that remains is the sound of the game. Players cannot do anything else, as the controls are also locked.

Some players report fearing that their saved games have been corrupted by the update. However, this has to be officially confirmed.

Bethesda Support team confirmed that they are already aware of this issue. However, there is still no estimated date for the arrival of a fix.

Hi, while we look into this issue, we recommend submitting a ticket so we can see if there is anything else we can do in the meantime: https://beth.games/3n7iMHo
Source

Therefore, it is recommended that players planning to upgrade Skyrim Special Edition to the Anniversary Edition avoid doing so, until there are further updates on the matter.

The reason for the black screen, explained

Modder Joseph Russell reports having discovered the reason for the problems. It seems that the black screen occurs because the scripts of the new Skyrim builds run faster than those of the previous builds.

Additionally, even those who don’t upgrade to Skyrim Anniversary Edition may be affected. This is because everyone is receiving an update that includes the Visual Studio 2019 compiler.

In comparison, previous Skyrim builds integrated Visual Studio 2015. So, the better efficiency of the new compiler causes the conflict.

Some potential workarounds for black screen on Skyrim Anniversary Edition

If there is any new development in this regard in the coming days, we will update this article, so stay tuned.

12:40 pm (IST): Another workaround has been reported that can help mitigate the problem:

What I did is replaced skyrim.exe, skyrimlauncher.exe and binkw64.dll with the ones from 1.5.97 and the game loaded without hastle. Make sure to change only these 3 files, all of the files inside Data folder should be from AE version!
Source

This would allow a downgrade from Skyrim Anniversary Edition to the Special Edition, but keeping all the new content.

1:40 pm (IST): Bethesda has shared a few measures that affected players can follow.

1:40 pm (IST): This black screen issue continues to bug users and now, it is clear that there is seemingly no end in sight as Bethesda Support doesn’t have any new info on the status of the fix.

While the devs continue working on the matter, apart from the measures shared above, the support is also telling the folks to open a ticket for further discussions.

Hello! Our developers are currently looking into issues with players getting a black screen. We recommend you try the steps in this article: https://beth.games/3wKYIOk If the issue continues please open a ticket using the “Need More Help” button at the bottom of the page.

11:37 am (IST): Bethesda Support claims that a fix for the black screen issue will be going live soon. However, there’s no ETA yet.

We are currently aware of black screen issues in Skyrim. We are working on a fix for the issue and it will be available soon. (Source)

2:24 pm (IST): Bethesda now says that the developers plan to release the patch sometime in this upcoming week. However, we don’t know if this update will fix this black screen issue.

We do not have a more defined timeline for the Skyrim patch our developers are aiming to release this upcoming week.
Source

01:03 pm (IST): Bethesda has confirmed that a new patch was released recently that finally fixes the black screen issue in the game.

The Skyrim patch was released this morning. The patch should have fixed an issue where players were experiencing a “black screen” and upon launching. (Source) 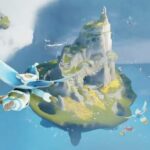