YouTube recently seems to be getting affected by bothersome issues back to back. We previously highlighted how the progress bar on videos turned yellow for users all around the world.

However, the glitch was only ‘cosmetic’ and was even amusing, to be honest. It was resolved in a day or so. But there is now a new issue making rounds around forums and social media.

so like i just can’t see comments of any video today. and it doesn’t say comments unavailable they’re just invisible.
Source

YouTube comments section seems to have stopped loading for me, checked two different videos and it’s just not there. This might be a blessing in disguise.
Source

Unlike the last glitch that did not really interfere with YouTube’s functioning, this one renders the comments module completely inaccessible. The issue only seems to be affecting YouTube PC/Desktop users.

Moreover, judging by reports, the issue began only recently – about a few hours ago to be precise. It certainly will be resolved soon enough as it is likely to be a server-side glitch.

But for those that cannot survive without the comments functionality on YouTube, there is a workaround that should hopefully fix the problem for you immediately.

As clear from the above, the solution is rather simple. All you need to do is clear the site data for YouTube stored on your browser. This will equivalent to ‘factory resetting the website to default settings.

To do so on the Google Chrome browser, just head over to the YouTube website and click on the lock icon on the far left of the address bar. Next, click on the Site settings option. This will direct you to another page displaying the list of permissions that the site may ask for. At the top of all that, there will be a button that reads “Clear data”. Simply hit that and you should be good to go.

Do note that you will be required to sign in once again after following this process so do not forget that bit. Alternatively, you can follow a similar set of steps given in the image above on other browsers like Safari and Firefox.

That said, if the above fails to work for you for some reason, then you would want to keep an eye on our dedicated YouTube bug tracker to track the status of the bug.

Another workaround has come to our site that should resolve the YouTube comments issue for Safari on Mac. Here’s what you’re supposed to do:

Thanks for confirming – we’ve seen similar reports about the comments section not showing up, and we’re looking into it. Appreciate your patience in the meantime

In the meantime, here is what they’re suggesting the affected users to do:

Thanks for reaching out – if you haven’t, we recommend clearing your cache & cookies + trying a different browser + making sure your devices/apps are running the latest versions.

Here is the latest status update:

Jumping in – the issue we’ve had on comments being deleted have already been fixed, and we’ve already seen reports on the disappearing ones (note that we’re already looking into that).

It appears that YouTube comments are not working or down once again on the site. It seems that comments are loading fine on the mobile app, at least on our end.

It’s looking like comments aren’t working on YouTube right now?? Is that just for me? Hoo boy. (Source)

The comments not working or loading glitch has officially been acknowledged and the problem is being looked into. Here’s what Twitter support said:

Our team is aware of this issue with the comments section not loading on videos, and we’re currently looking into it. Thanks for your patience in the meantime.

11:03 am (IST): YouTube has confirmed that the issue where users were unable to comment on videos has been fixed.

09:57 am (IST): The issue of missing YouTube comments was said to be fixed a while ago, however, new reports are still coming in where users are complaining that comments are not showing on videos.

I have exactly the same problem. I have a small channel and respond to most comments. I’ve noticed on several comments now that I get notifications (app & email), but the comments can’t be found. In YouTube Studio I have disabled all filters under comments and still don’t see the comments. I also tested it in the iOS app YT Studio – here they don’t show up either. (Source)

I’m running into the same problem, even when I post comments on a channel I’ve never interacted with before (so the content creator couldn’t be blocking my comments, because he/she doesn’t even know me). I’d like to get this cleared up, because if YouTube doesn’t allow comments it’s no different from public access TV. (Source) 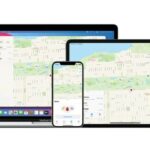