Initially released in 2004, Far Cry series has gradually become one of the most popular franchises from Ubisoft. The latest iteration of which is Far Cry 6 launched on October 6, 2021.

This FPS video game is available to play on different gaming platforms such as PlayStation, Xbox, Windows, and Amazon Luna. Due to its popularity from the past, Far Cry 6 has received a warm welcome from gamers around the world.

However, not all players have positive reviews regarding this game, some of them are also facing issues with Far Cry 6 on Xbox consoles. These gamers can’t even enter the video game. 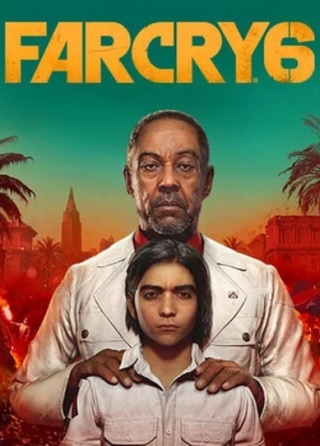 As per the reports (1, 2, 3), when gamers try to launch Far Cry 6 on Xbox, the screen goes all black and the game never starts. At first, the video game boots as usual but instead of loading game content, it goes black.

On the series x far cry 6 doesn’t even work it’s just a black screen Great day one can’t even play the game and yes I have done everything on my end to fix it and it is the game that’s broken not the series x other, people are also having the same problem. (Source)

@UbisoftSupport I just installed FC6 on my Xbox Series X but all I get is a black screen when launching the game. Tried rebooting the system, but no change. Can’t play 🤷🏼‍♂️ (Source)

This problem is mainly reported by Xbox gamers, so it’s likely there isn’t such an issue on PlayStation or Windows. Meanwhile, players have tried re-installing the game as a temporary workaround but it didn’t work.

On the brighter side, Ubisoft has acknowledged this bug, with the support team stating that they are aware of the issue and it is currently under investigation.

Moreover, support team also suggested affected gamers try and install the upgrade on Xbox which should be 68.5GB in size.

If this problem isn’t solved by installing the said upgrade package, then you’ll have to wait for officials to roll out a fix.

However, no ETA has been provided as to when this annoying Far Cry 6 black screen issue on Xbox will be actually sorted out. We hope that Ubisoft fixes this bug as soon as possible.

If you are also having the same issue while playing Far Cry 6, then feel free to share your thoughts in the comments section below. We will keep you updated on further developments of the story.

IST 10:21 am: As the Far Cry 6 users on the Xbox continue to face this bug, it is coming to light that the same black screen issue is affecting players on PC as well.

After the update today Far Cry 6 won´t start at my PC neither on my BF´s one. The little loading window pops up and disappears again and that´s it. Anybody got a clue what we can do? (We don´t own the DLC.
Source

A suggested workaround involves changing your keyboard layout to English-USA. Luckily though, this issue has been officially acknowledged.

Stay tuned for more on this. 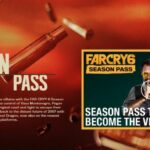