Pokemon Go, the popular game based on augmented reality, is experiencing certain problems. More specifically, there are problems when it comes to upload later nominations to add new PokeStop into Niantic’s game.

Since 2019, Pokemon Go allows its community of players to make nominations for new potential PokeStop, a crucial element in the game. To understand the importance of PokeStop, you first have to know certain things.

All you need to know to understand the problem

The AR game is based on the real world map. Through this map, players can walk (physically) and find many elements, as well as the Pokemon that the player will have to capture. One of the elements are the PokeStop.

A PokeStop is basically a place set for the players to stop and obtain various rewards, as well as new possibilities. In a PokeStop, players receive some free items, and are able to catch Pokemon using a Lure module.

The Lure Module is a special item thanks to which many wild Pokemon get attracted to the PokeStop in which the player is. In this way, it will be easier to capture Pokemon in the area, since they go straight to players.

Having said all the above, a PokeStop is usually a special place where some worthy element is present. Basically, they are important sites in the locality where they are.

So the Pokemon Go development team decided a while back that players could nominate their own PokeStop for the game. Users can upload their nominations directly from the Pokemon Go app, along with relevant photos.

The decision on whether the nomination becomes an official PokeStop depends on the “Wayfarer” platform. This is basically a site where members of the Pokemon Go community can vote in favor of the nominations made.

It is at this point in the process where the players are experiencing some problems. Players are suffering from disappearing/stuck upload later nomination issue, and very old nominations emerging again.

“Upload later nomination” is an option that allows you to upload a nomination later. This is useful for situations where the user has a poor data connection. However, for some time, the option does not work as it should (1, 2, 3, 4)

Among the problems found, in addition to “disappearing”, many other players complain that while trying to do a nomination, the upload gets stuck. Also, in certain cases, the main photo and the complementary photo are reversed.

To have the best chance of getting a nomination approved, the main photo should be the best. So, if the main is reversed with the complementary one, the nomination is likely to be rejected.

Regarding the old nominations that reappear, these date from the year 2018. Fortunately, the developers of Pokemon Go are already aware of these problems (1, 2).

At the moment, it only remains to wait for Niantic to find the cause of the upload later nominations bugs, nominations getting stuck and more, and send a fix to the game soon.

06:58 pm (IST): A member from the Niantic team confirmed that the issue affecting the Upload Later flow should now be fixed.

The issue affecting the Upload Later flow should be fixed now. Please let me know if you are still experiencing it. Safe Exploring! (Source) 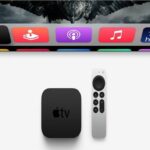