Smartphone companies like Google, Samsung, and Apple often announce new features with every new iteration of their devices, and the same happened with the recent launch of the Pixel 6 and Pixel 6 Pro.

Among the most hyped additions to the Pixel lineup, or at least Pixel 6 and 6 Pro for now, is Magic Eraser. Although new, Google first announced it in 2017 and even deprioritized it a year later in favor of other features.

But with the Pixel 6 duo, perhaps thanks to the in-house Tensor chip, Google felt the function was ready enough to go public. And indeed, there have been plenty of good stuff to be said about Magic Eraser.

It’s hard to believe just how good Pixel 6’s new Magic Eraser feature is with people in the background of your image.
Source

Magic Eraser on Pixel 6 even works okay on video game screenshots. I just removed a car from the street in Cyberpunk
Source

Perhaps the hype stems from the fact that Magic Eraser was a huge part of the Pixel 6’s marketing. To get people talking this much about a feature that isn’t a Pixel-first means Google’s marketing was at its best.

Samsung has had a similar function for the entire year, yet only a few people knew about it before Magic Eraser came and stole the show, probably because it’s hidden behind a ‘Labs’ (experimental) setting in the Gallery app.

Samsung calls its version Object Eraser. It launched with the Galaxy S21 series and has since been made available to a few other sets via the One UI 3.1 update.

Like Google’s, Object Eraser removes unwanted photo bombers and items from any photo that you throw at it. Both tools use AI-based image editing techniques to achieve some of the best results in just a few taps.

Object Eraser and Magic Eraser are a testament to how far smartphone image editing has come. With either at your disposal, you no longer need to be a Photoshop expert to remove background items from an image.

Samsung’s take of simply tapping on the item you want removed and hitting ‘Erase’ makes it a better choice for those looking for simplicity. It’s easy and straightforward to execute than Google’s.

The results are mostly the same in either tool, as seen in the YouTube video below, with Samsung even coming out on top in other cases.

But we know how good Google is with AI, so you can expect much more from Magic Eraser in the near future. In fact, unless Samsung is cooking something, Magic Eraser may slip out of Object Eraser’s reach.

Not an easy feat to achieve, though. As noted earlier, Object Eraser is still an experimental feature, suggesting the function is still under development. Again, this should partly explain why Samsung hasn’t really hyped it.

However, the fact that Object Eraser is not fully stable yet it’s already trading blows with Magic Eraser should make Samsung Galaxy owners even more excited.

But what stopped Samsung from pushing Object Eraser into people’s faces like Google did with Magic Eraser?

Google’s tactics successfully managed to get everyone talking about the feature, which is great for the Pixel 6’s marketing since it’s currently exclusive to the new devices.

Amid all this hype around Magic Eraser, what comes out clear is that Samsung missed an opportunity to capitalize on Object Eraser for the entire year the feature has been around.

Could it be because Samsung feels the feature is still incomplete or ‘gimmicky’ and Google is just overhyping it? Will people use it only a few times and then never touch it again? Or is Samsung just bad at developing it?

Regardless of Samsung’s reasons, Magic Eraser already stole the show. And the fact that Google has Magic Eraser floating as a suggested edit in the Photos app should easily make the feature visible and thus used more often.

Samsung, on the other hand, has Object Eraser hidden behind an experimental setting and requires to be enabled before appearing as an edit option in the Gallery app.

Furthermore, Samsung isn’t doing much to change the situation around the lack of marketing Object Eraser to Galaxy device owners.

Heck, even one of our own just found out about the function a couple of weeks ago, although he could be excused since it happens to sit on a Galaxy Tab S7 unit that he rarely uses to browse the Gallery app.

And even if things change in the near future, the opportunity to get people talking about Object Eraser as a game-changing smartphone image editing feature will be long gone. And Samsung will have none other to blame than itself.

What do you think? Join the conversation in the comments section and also cast your vote on the Twitter poll below. The results will be shared after a week.

[POLL] Do you think Samsung missed the opportunity to capitalize on a feature (Object Eraser) they've had the entire year?

The results for the poll are out, with an overwhelming majority (over 85%) agreeing that Samsung indeed missed the opportunity to capitalize on the Object Eraser feature.

In case you missed the poll, you can still share your thoughts in the comments section below. 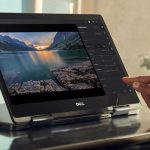 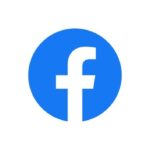