Pokemon Go is one of the best Augmented Reality based mobile video games available right now. Since its launch in 2016, it has managed to turn itself into a global phenomenon with millions of players from every corner of the world enjoying it every day.

Due to the online nature of the game, it receives frequent updates, and with it, several bugs and issues. That being said, Pokemon Go Trainers say that they are having trouble loading the in-game friend list. 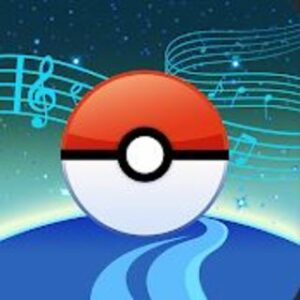 Trainers complain that whenever they try to open the friend list, it shows an error that says ‘Failed to get Friend List. Try again later.’ This is really frustrating since social interaction is a big part of Pokemon Go.

The Pokemon Go friend system allows users to send gifts and introduces a Friendship Level system that offers bonuses such as the Candy bonus whenever a nearby Trainer trades a Pokemon with you.

Players say this is preventing them from engaging in PvP battles. Moreover, this is also affecting the referral system since players cannot add or see each other. You can see in the image below how to error looks like.

Hey! Sorry to bug you guys. Wondered if anyone had any advice on a couple issues I’m having. Basically I get the dreaded ‘failed to get friends list’ and ‘adventure sync not enabled’ issues. 🙁 I’m running android 9, have tried uninstalling both pokemon go and the google fit app multiple times, I’m level 10 in game and have tried unconnecting and reconnecting he google fit app.
(Source)

Hi, a friend tried creating a New account using pokemon trainer’s club, yet he is unable to add friends (friend list won’t load). Also the game isn’t tracking distances and not hatching eggs. Anyone else with a similar problem?. Reinstalling and deleting Cache didn’t work. Game version is 0.223.0-S-32 and Phone.is an Android A02S
(Source)

Common troubleshooting solutions such as clearing cache, data, and reinstalling the app do not seem to fix the issue. User reports suggest that the error started appearing after the recent server maintenance on November 6.

Fortunately, Niantic Support has acknowledged the Pokemon Go Friend List issue and said it is currently under investigation. Hoewever, they did not share any ETA on the fix.

We hope Pokemon Go developers find out the root cause of the issue and fix it since it breaks the in-game social element. If and when they do, we will update this article so keep an eye out on this space.

In the meantime, you can also check out our Pokemon Go bug tracker to see which bugs are currently affecting players.

03:30 (IST): Niantic has confirmed that the issue with Friend List has been resolved and asked players to reload the app and check if the friend list loads up. 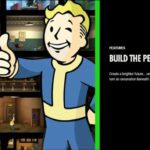