Electronic Arts have been facing a lot of criticism from both players and critiques alike after the launch of the latest installment in the FIFA franchise.

The game was launched on October 1 and was soon followed by EA and FIFA stating they were thinking of ending their 30-year-old partnership. While players did appreciate the extensive graphical enhancements on next-gen consoles, many were frustrated by technical issues. That being said, players are now reporting a bunch of new issues that are affecting their experience. Many FIFA 22 fanboys say they are receiving the mid versions of icons from the Base Icon Upgrade Pack.

@EAHelp @EAFIFADirect Hello, yesterday i opened my base icon sbc on fifa 22 but got a mid icon. I saw more people with the same problem. Will this be fixt en we get a new pack or something? Because this is not what I wanted
(Source)

Fortunately, EA Help has acknowledged the issue and said it is currently under investigation.

Hey Jon! Thanks for reaching out. I understand you received the incorrect player version from Base Icon Upgrade Pack and that must be frustrating. Our team is aware of and currently investigating this. Please keep an eye on our social media pages and f… https://bit.ly/3C91Btk
(Source)

Moreover, those who have already qualified say they have to complete the play-off matches once again, which is already making many angry.

So I finished all the season objectives 2 weeks ago and have been piling up extra XP points. I had like 2000 points more than the maximum. I thought they’d carry on to season 2 but today I saw it’s back to 0. Is this normal or a glitch?
(Source)

I was supposed to get 1k Champs Qualification points from Elite Rivals rewards, and had 0 before, but also still have zero now. I havent qualified this week for WL yet. Anyone else having this issue?
(Source)

As it turns out, EA is aware that players’ FUT Qualification points are not getting carried over to Season 2 and said they are currently investigating why this is happening. However, they did not share any ETA on when it will be fixed.

We are investigating player reports of FUT Champions Qualification Points / Play-Off access not carrying over from FUT Season 1 to Season 2. Updates to come as they are available.
(Source)

If and when EA fixes both issues with FIFA 2, we will update this space so keep an eye out. 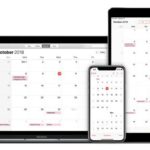 [Update: Workaround] Apple Calendar app on iOS 15.1 not working/unresponsive, lagging or not syncing for some users