[Updated] Looking to disable Google Chrome Reading list: Here's how to remove it from Bookmarks bar

The latest iteration of the Google Chrome browser carries a version number of 89 and was merged into the stable branch early this month. The update brings about several new features.

For the uninitiated, the profiles module has received a big revamp with the update where each user can now customize their profile with a custom background and play around with various themes and color schemes.

The update also implements support for WebHID, which in short is an API that allows web applications to interact with human interface devices (HID) like VR controls, gamepads, and joysticks. 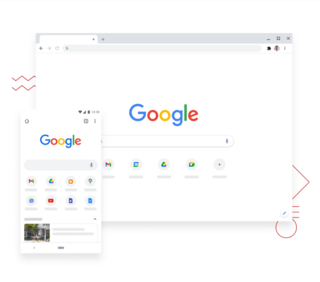 And last but not least is the new Google Chrome Reading List feature that allows users to save stuff they find worth reading for later or maybe just for archiving purposes.

Prior to this, people were dependent on third-party plugins like Pocket for the same purpose, but it’s now great to see Chrome have its very own built-in function.

Nonetheless, to add stuff to Chrome’s Reading List, simply hit the star icon inside the address bar and then select “Add to Reading List”. Such saved sites can then be conveniently accessed from the far left of Chrome’s bookmark bar, as shown in the above image.

This implementation, however, hasn’t gone down well with everyone. Many are now complaining that the Reading List option eats up too much of the bookmark bar’s space – space that could otherwise be used to keep additional bookmarks in view.

Therefore, some users have been seeking a way to hide it altogether.

So this “Reading list” just appeared near my bookmarks and it’s taking too much space that I need for my bookmarks. I wonder how can I get rid of it.
Source

How to hide – Reading list from bookmark. It was bugging the heck out of me, just appeared out of nowhere today.
Source

Fortunately for you, we managed to lay our hands on a simple solution.

You may be aware that Google Chrome gives users a great degree of control over its features through the Flags. And while most of the stuff under it may be experimental, it does end up serving quite well for those looking for a way to customize Chrome beyond what it permits on its front-end.

This very feature is now going to help us remove the Reading List from the bookmarks bar on Google Chrome by disabling it entirely. Simply follow the steps given below for immediate results:

NOTE: If you want to learn about Google Chrome Reading List on Android, head here.

1. Enter chrome://flags/#read-later into the address bar and hit the Enter key.
2. Select “Disabled” from the drop-down list next to the Reading List option.
3. Restart Chrome.

Of course, the above series of steps are completely valid across any desktop operating system – be it macOS, Windows, or Linux.

Rather simple isn’t it? Hopefully, the workaround did the job for you. If it indeed did, be sure to inform us in the comments below.

It’s worth noting that like it’s usually the case in phased rollouts, the Reading List feature may not be available for everyone (as it has just started rolling out). The only way to get rid of it at the moment is the one which we have described above.

However, if you don’t want to walk that path, but want Google to roll back the feature instead, then it’s worth knowing that a rollback will only happen when a lot of users send negative feedback about the feature to the company. So the best you can do is to send your views as feedback to the company.

Take a look at what a product expert at the community recently said regarding this (translated):

As is often the case with Google, if you want to apply it to everyone at once
We may pre-apply to 5% or 10% of users to see the reaction in advance.
Eventually it will be applied to all
I think that it will be withdrawn at a small number of times if it is a fatal defect or a big unpopularity.
(Isn’t there a lot of visible withdrawals?)

For those of you naive, the flags show up under the Experiments until a feature becomes part of the stable update and is forced to all devices. That’s the reason why sharing your feedback while the feature is still being tested becomes all the way more important.

So if you don’t like the Reading list feature and don’t wish to get stuck with it forever, make sure you share your opinion with the developers. Take a look at how a product expert at the community has explained this:

It is very important that you do this, since these comments will be received directly by the Chrome team (they do not usually go through the forums in Spanish). Also, it is important because if this function is set to the stable version for everyone, the flag will eventually be removed, and there will be no way to disable the option.

Here’s a feedback example given by the expert:

We’re conducting a poll to understand whether or not users like the Reading list feature. So share with us your opinion by casting a vote below:

One of the readers in the comments section has shared that for some reason the “#read-later” flag is not working for them. Changing it to “#reading-list” did the trick for them. So just in case, you are facing the issue, try it this way.

It looks like more and more users are now taking to the community to share their opinion about the Reading list feature. Sharing the same workaround (as we did in this article) to disable the feature, a product expert at the Chrome community recently said:

While many are over the moon with ‘Reading List’ on Chrome, not everybody is keen to keep it.
Essentially, it’s Google’s response to the Collections feature on Microsoft Edge.

Going by the information coming from one of the product experts at the Chrome community, despite testing, the Reading list feature has been enabled for some while it’s disabled for others. Flags are the only option to control the feature as of now. Here is what they have to say (translated):

While responding to one of the inquirers, a product expert has specified the workaround mentioned in this article is just a temporary solution, as in the future, the flag will be taken away and the feature will become permanent.

remember that this way of removing the function is temporary, and that in the future that flag will be eliminated and the function cannot be disabled in this way (let’s see if we can find another one).

What if features like Reading List & Tab Groups were all under user control through the Google Chrome flags utility even when they hit stable? Let us know your thoughts by voting on this poll.

A Redditor has highlighted that the ‘Tab groups’ and ‘Tab grid layout’ flags will be permanently disabled with the Chrome version 90 update. But they can be accessed temporarily for now. Here’s how:

These flags are set to expire in Chrome 90. After that you can access them temporarily by setting chrome://flags/#temporary-unexpire-flags-m90 until they’re removed permanently. (Source)

Don’t like the Google Chrome Reading list in the bookmarks bar? You may soon not only be able to hide but also move it to the Chrome toolbar beside the address bar. For more details, head here.

A right click on the Bookmarks Bar now shows a new “Show Reading List” option in the menu. So one can use this option, to see or not see the Reading list.

Reports from Google Chrome and ChromeOS users reveal that there might be an issue with the Reading List feature.

After updating my Chrome, the Reading List is not working anymore, I can only bookmark the current tab but whenever I want to add a current tab to the reading list, the button is greyed out and not working.
Source

According to these users, Reading List doesn’t work — “add to current tab” button is always grayed out, and the option doesn’t pop up when they hit star to bookmark

A user has even confirmed that the Reading List feature does not even show up in the ‘Experiments’ tab in the Chrome flags settings.

Has anybody else lost the “Reading List” feature on the latest version of Chrome on Android? It is no longer in the “Experiments” tab, and I can no longer add a page to Reading List via bookmarks, or even via long press and “Read Later”. All trace of reading list and my 50+ websites are all gone! (Source)

A user who has also been facing this issue might have found a way to sidestep this bug by right-clicking the tab, going to save to the reading list and selecting on “Add tab to reading list”. I’ve found another way that is to right-click the tab on the top of the page I want to save to the Reading List & select the “Add tab to reading list”.
Source