T-Mobile is one of the most popular and largest mobile network providers in the United States. After the company completed its merger with Sprint, T-Mobile had a huge advantage over its competitors because of its wide coverage.

The company recently gave out a full year of Apple TV+ to all new and existing T-Mobile Magenta and Magenta MAX customers as well as to Sprint Unlimited and Sprint Premium customers.

Now, it looks like T-Mobile is again giving out Paramount+ for free for a year. All T-Mobile and Sprint customers who have postpaid connections and Home internet plans can sign up to get Paramount Plus Basic plan for free.

In case you already had Paramount+, the offer will help you extend it by a year. T-Mobile and Sprint subscribers were eager to sign-up for their year-long free Paramount Plus but were disappointed when they encountered a bunch of issues with the service.

Many T-Mobile users reported that they were unable to claim their free Paramount Plus subscriptions and were instead greeted with a message stating they were ineligible for the offer. You can see the message in the image below.

Went to https://promotions.t-mobile.com/promotion Logged in with my t-mobile account. Went through “confirmation” screen, got back: Sorry, it appears your account is ineligible for this promotion. Your denial reason is: Looks like your current rate plan is not eligible for this promotion. For help, T-Mobile customer dial 611 from your handset or call 1-800-937-8997. Sprint customer call 1-888-211-4727. I’m on T-Mobile One plan (and been for a while) and visible terms and conditions I could see don’t mention any plan restrictions. Or is it just too early? (2AM Central time on November 9th)
(Source)

@TMobile @TMobileHelp Every time I try to login to my account to claim paramount + 1 year I keep t getting an error message. Tried from phone , tablet and computer
(Source)

If you are facing the same issue, try claiming it from the app or try this link to activate the promotional offer. Apart from the ineligibility issue, some T-Mobile users say their redeem code is not working.

I tried to do the offer but at the paramount+ site ask me for my payment info and the tmobile code didn’t work. I close the site and now I can’t try again.
(Source)

I went to the paramount page to sign up and it would not take the code. Tried quite a few times.
(Source)

Moreover, those who were able to activate one year of free Paramount Plus say they are confused with the next billing notification. T-Mobile subscribers say that Paramount is going to bill them a week later.

I got the free Paramount Plus through T-Mobile. If it says $4.99 a month still and then says 100% off 12 months on the discount does that mean I am still charged for the month before it goes into affect?
(Source)

@TMobile @paramountplus just signed up for the free 1 year Paramount + promo from t-mobile. I applied my code to get the 1 year free subscription. However, why does my account say “next billing date is Nov 16, 2021”??
(Source)

For those wondering if Paramount Plus will charge you, we want to tell you that they won’t until next year.

If you panicked and already canceled your Paramount Plus subscription, it is highly unlikely you will get the offer again. T-Mobile has allegedly said that they have no way of generating the code.

And in case you were thinking that you could claim the essential plan from T-Mobile and pay the remainder to upgrade to the premium version of Paramount+, we hate to tell you it won’t work.

Some users have already tried doing so but Paramount+ won’t take the promotion code. And if you try to upgrade after signing up, the T-Mobile promotion will be forfeited.

Were you able to claim one year of free Paramount Plus using your T-Mobile number? Also, let us know if the workaround helped you in the comment section below. 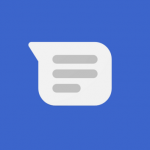 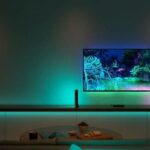 Philips aware of Hue sync box connectivity/compatibility issue with Arris routers, but fix has no ETA