03:56 pm (IST): A user seems to have found a workaround to the problem. Here’s what they have to say:

Just did this and it worked. Cannot believe it was one simple setting. 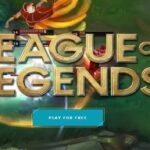