YouTube, the popular video-uploading platform, also added the livestreams feature a while ago. Through this, content creators can be closer to their followers by interacting more directly.

In October, YouTube livestreams received a great improvement by adding automatic captions during the live broadcast, enhancing accessibility and allowing livestreams to reach a wider audience.

However, it seems that the feature still requires some work. YouTube has decided to temporarily disable automatic subtitles in livestreams due to an issue.

The auto livestream captions feature for livestreams on YouTube would offer instant subtitles so that any person could enjoy the transmission, even if they speak a different language.

The announcement of this important feature was highly celebrated. After all, this would expand the accessibility of livestreams to many other millions of YouTube users:

The multi-audio tracks is a dream feature, it could potentially become one of the most important feature ever.

Thank you to the entire YouTube team for making this platform even more inclusive.
Source

However, an issue has arisen that forces YouTube to temporarily disable this feature while they work on a fix for it:

We’re experiencing an issue with live automated captioning and as a result we have temporarily disabled the feature for all new livestreams. We’re currently working on a fix and will update this thread as soon as we have more news. Thanks for your patience.
Source

The YouTube team has yet to offer an estimated date for the feature’s availability. At the moment, it only remains to wait for updates on the matter.

YouTube wants to enhance the accessibility of the platform

YouTube has been working on adding features designed especially to enhance the accessibility of videos and livestreams.

For instance, auto livestream captions supports many of the most widely spoken languages in the world:

In addition, YouTube also works on incorporating options such as being able to add multiple audio tracks to the same video. YouTube just says that this feature will arrive “in the coming quarters.”

Another of the features in development to enhance the accessibility is the compatibility of the auto livestream captions with mobile devices.

Initially, the feature was available only on the web version of YouTube. However, those who consume YouTube most of the time from their phones will also enjoy it.

06:30 pm (IST): A community manager on the support forums confirmed that the issue has now been fixed.

In the coming days, if there is any new development in this regard, we will update this article, so stay tuned with us. You can also check the issue/bug tracker dedicated to YouTube.
PiunikaWeb started as purely an investigative tech journalism website with main focus on ‘breaking’ or ‘exclusive’ news. In no time, our stories got picked up by the likes of Forbes, Foxnews, Gizmodo, TechCrunch, Engadget, The Verge, Macrumors, and many others. Want to know more about us? Head here. 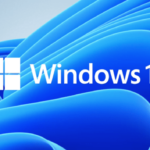