NHL 22 is the latest version of EA’s ice hockey simulator. This edition came with many new features and improvements, looking for the most realistic simulator possible.

But, lately, EA NHL 22 players are reporting an annoying bug that can cause the game to freeze after scoring a goal.

Basically, after scoring a goal, what should happen is that the celebration of the goal is shown. Then, the player will see the repetition of the goal to continue with the game.

However, according to some reports, what is happening sometimes is that the HUT logo appears on the screen. Then, a ‘syncing’ message is perpetually shown. So, the game get stuck.

After either myself or the AI scores, instead of the goal celebrations ending and going to the replay the HUT logo animation will display and the top right shows “syncing…”. This will continue and not stop or finish “syncing”. Then once I quit the game and restart, it is recorded as a loss. It’s happened 2 games in a row now.
Source

@EASPORTSNHL
can you guys fix this freeze issue? Just paid $60 for a broken game. I’m up 2 goals and game freezes and I sit here waiting for my opponent to leave, they don’t, I get loss. EA Never fixed the black screen bug in 21 on penalty shots. Don’t think they ever fix bugs..
Source

EA team is aware of the bug

The EA Sports NHL team confirmed that they are already aware of this bug. They are currently investigating about it, but have not offered an estimated arrival date for the fix.

We are aware of the issues resulting after scoring goals in offline/online modes and syncing issues occurring in HUT. We’re working urgently to investigate and find a resolution. We will be updating you as soon as we have more information.
Source

At the moment, it only remains to wait for new announcements in this regard by the company, and that the fix does not take long to arrive.

If there is any new development in this regard, we will update this article to keep you informed, so stay tuned with us.

03:10 pm (IST): The team has now confirmed that a fresh tuner is available for the game that fixes the issues that popped up after scoring a goal.

A new #NHL22 tuner is now available that fixes issues that were occurring after goals were scored and syncing issues across all modes. (Source) 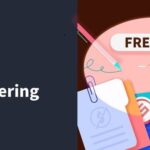