Bundling HBO Max with Hulu eliminated the inconvenience that comes with using two different apps since subscribers can manage both services from one place.

Of course, there are a few hits and misses with this arrangement, but overall its something good, especially for those already bundling other services with Hulu. Recently, though, there have been reports of an annoying issue related to this setting. Apparently, HBO Max subscribers can no longer log in to their accounts using the Hulu app.

Twitter and Reddit are among hosts to the growing reports from affected HBO Max subscribers, who note that the issue only started showing up recently.

Below are some comments from those affected by this connectivity issue:

@hbomax & @hulu yall realize I cant access stuff because of your server issues???? I cant even log into Max with my subscription.
Source

@HBOMaxHelp I’m trying to sign in to my account on my tv & I put the code on both my phone/laptop but it’s not going through. It keeps giving a “504 Gateway error” message… I signed up for HBO Max through my Hulu account .. I followed the steps and have not been successful.
Source

To be a little more specific, whenever HBO Max subscribers attempt to log in to the service using the Hulu app, they are greeted by a ‘Can’t connect’ error message.

Looking at the error message implies the issue has to do with connectivity between the two platforms, which further points to a potential server-side glitch.

We’ve shared a screengrab of the issue as provided by one HBO Max user on Reddit.

Again, the screenshot above suggests this glitch has everything to do with server connectivity between the two services, but it’s unclear whose server between the duo is the cause.

Regardless of whose fault it is, affected HBO Max users will be glad to learn that Hulu has come out to acknowledge the issue, adding that the team is aware and looking to address it as soon as possible.

There’s no definite ETA provided, but the fact that it’s being looked into should bring a sigh of relief. We will be keeping an eye on the story and update this space once we have new developments. 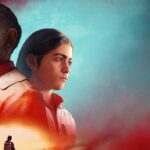