NBA 2K22 Rebirth quest is bugged for some players

But, NBA 2K22 players are experiencing some issues related to the Rebirth quest that does not allow them to complete it or obtain the rewards.

Is there any fix for those who aren’t getting badges when starting a new build? Looked around and found no fixes.

In some cases, after successfully completing the Rebirth quest, NBA 2K22 players do not receive any type of reward. Meanwhile, there are other cases in which the quest never appeared, or disappeared suddenly.

Unfortunately, there is no official statement on this matter from the game developers. Therefore, players don’t know if this bug will get a fix soon.

There are also problems with the Gym Rat Badge

The other bug reported by players is related to the Gym Rat Badge. The Gym Rat Badge can be equipped to any player to raise their stats. This is an item that you get after meeting certain requirements.

Is gym rat bugged on current gen? I played probably 60 games during the regular season and atleast half in the playoff(maybe more I’m at 80 total but I played a few on another build) and I didn’t get quest complete, the badge, and now when I look at quests gym rat quest isn’t even showing up.
Source

One of the players affected by this issue wrote to the game’s support team. The response obtained was the following:

Thank you for reaching out to us at 2K Support, my name is Danko and I will be assisting you today! I am sorry to hear that you are missing your Gym Rat badge, that is something I am familiar with. You are right, you read it well, it does happen to other people too, but hopefully that will be resolved as soon as possible.

The development team has been notified of this issue and is currently working toward a solution. However, we do not have visibility on their progress, and therefore don’t have a timeline on when a fix will be implemented.
Source

Basically, the developers are aware of the bug, but they don’t have an estimated date to fix it.

For now, NBA 2K22 players can only hope that the fix doesn’t take long to arrive. We will update this article when there is news on the subject, so stay tuned. 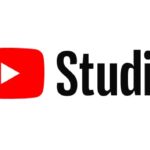