If you are someone who owns an iPhone and commutes using a car, you must be aware of Apple’s version of Android Auto.

Known as CarPlay, the software has starking similarities in terms of functionalities. Those using Apple devices, therefore, use CarPlay to make turn-by-turn navigation, calls, and play music.

The best thing is that you can use Siri to access most of these functionalities so that you never get distracted. It even supports some third-party apps such as WhatsApp, and Waze amongst many more. If you sport a device running on iOS 7.1 or later, you can use CarPlay to connect your phone to your car. Depending on the car make and model, you can either choose to connect to CarPlay wireless or using a cable.

Having said that, it looks like the recently released iPhone is having connectivity issues with CarPlay. According to users, iPhone 13 instantly disconnects the moment they try to play any audio.

It doesn’t matter which app you have to play the audio, the phone suddenly disconnects without any warning. Many say that the issue persists in iOS 15.1 Developer Beta 1 as well.

Hi, I just got my iPhone 13 Pro Max with iOS 15.0. Unfortunately, CarPlay doesn’t work properly in my Car (Audi A3 8Y Sportback (2021)). CarPlay itself works, but whenever I want to play music through Spotify, Apple Music or any other music app, CarPlay will disconnect immediately. Doesn’t matter if I’m connected wireless or wired. Did anyone else experience similar issues?
(Source)

Updated my iPhone 11 to iOS 15, drove to store with no issues with Carplay. While there, I activated my new iPhone 13 mini (and disabled the 11) and now Carplay does not work. Trying to play any music causes it to crash and not come back. Unpaired and re-paired the phone, powered phone off and on a bunch of times, reset the stero/display, tried new cable, nothing works.
(Source)

This is really a bummer since many who connect their phones to CarPlay do it for either turn-by-turn navigation or because they want to listen to podcasts or music.

Moreover, it looks like the majority of people who are having connectivity issues with CarPlay seem to have restored their settings from iCloud or are using the Late Night equalizer setting.

Fortunately, users have found a bunch of workarounds that seems to be working for many.

In case you are facing CarPlay connectivity issues on the iPhone 13, try turning off the EQ or changing it to anything other than Late Night by heading over to Settings>Music>EQ.

If you cannot find the option or do not use Apple Music, just install the app from the App Store and it will be there. In case this workaround does not work for you, resetting the phone settings might fix the issue.

However, before you reset your phone settings, keep in mind that you will lose app data and your device customizations such as wallpaper.

We hope Apple fixes the CarPlay connectivity issues on the iPhone 13 on the iOS 15 beta and stable version in an update.

When they do, we will update this space so make sure you keep an eye out. In the meantime, let us know if the workaround worked for you in the comment section below.

12:29 pm (IST): A recent video on YouTube has highlighted several potential solutions for the issue. However, the two that stand out the most appear to be turning off the EQ feature and resetting the settings completely.

03:11 pm (IST): Apple support has confirmed that the company is aware of the widespread issue and is working on a fix. In the meantime, they too have suggested toggling on/off the EQ option.

Hey there. Thanks for reaching out. We’re here to help. We are aware of this issue and working on it.

One thing you can try is going to Settings > Music > Toggle EQ on/off.

If this doesn’t work just know we’re working on a fix, and please keep your phone updated. (Source)

02:00 pm (IST): The iOS 15.0.1 update is here but it does not bring a fix for the CarPlay issue that iPhone 13 users are experiencing. Well, at least the update log has no mention of it.

02:04 pm (IST): While CarPlay users continue to face issues, Android Auto is absolutely killing it. Some reports even suggest that it has grown to become many drivers’ preferred system.

06:27 pm (IST): In case you haven’t already, you can check out the basic troubleshooting steps from Apple to deal with most issues that might pop up with CarPlay.

1. Check your connection to your CarPlay stereo:
– If you have a wired connection, try connecting again with a different USB cable to a different USB port if you have one.
– If you have a wireless connection, make sure that Wi-Fi and Bluetooth are enabled under Settings > Wi-Fi and Settings > Bluetooth.
2. If CarPlay doesn’t activate automatically, look for the CarPlay logo on your car’s display.
3. Restart your iPhone and your car.
4. Make sure that Siri is on.
5. If your iPhone isn’t detected by CarPlay, make sure that CarPlay isn’t restricted. Go to Settings > Screen Time > Content & Privacy Restrictions, tap Allowed Apps and make sure that CarPlay is enabled.
6. Go to Settings > General > CarPlay, tap your car, then tap Forget This Car. Then set up CarPlay again.
7. Make sure that your CarPlay stereo is using the latest firmware from the car manufacturer. Check your car’s manual for more information.

05:16 pm (IST): While Apple is yet to address the connectivity issues with CarPlay and the latest iPhones, some users at least have something to look forward to.

As per a fresh report, Electrifying America users can now delve into the charging network’s application directly via CarPlay, and of course, Android Auto too.

06:06 pm (IST): Apple reportedly plans to add support for functions like the climate-control system, speedometer, radio and seats to CarPlay. This should greatly improve the user experience.

However, all this is good as long as the Cupertino giant manages to fix the connectivity issues first.

1:00 pm (IST): On iOS 15, multiple streaming apps like Amazon Music are reportedly affected with this issue. In line with that, we recently saw SiriusXM come out to note that they’re aware of the CarPlay issue.

Now, SiriusXM has once again come out to report that while they’re aware and working on the issue, there is no ETA for a fix.

12:00 pm (IST): iOS 15.1 Beta 4 has been seeded out to developers and still, there doesn’t seem a fix for this Apple CarPlay issue and as such, the wait for a fix continues.

06:17 pm (IST): CarPlay users who use apps such as SiriusXM and Amazon Music will be pleased to know that the issue has been addressed with the iOS 15.0.2 update. More on that here.

05:05 pm (IST): A fresh report has highlighted that Apple CarPlay and Android Auto draw the most consumer criticism in the industry due to connectivity issues on both platforms.

So it seems that Apple and Google have a long way to go to improve the user experience on their vehicle infotainment platforms.

10:52 am (IST): One of the affected users has turned to Reddit to note that he somehow got CarPlay to work well. Sadly though, he isn’t sure which troubleshooting measure worked.

12:52 pm (IST): iOS 15.1 Release Candidate is rolling out to developers but there is no improvement to the CarPlay. As such, the wait continues.

11:30 am(IST): Users have found a workaround for the connectivity problems of the iPhone 13 with CarPlay. Basically, you have to try to force kill every app that uses Bluetooth in the background.

The problem seems to be related to interference between Bluetooth 2.4ghz and the Wi-Fi 2.4ghz that connects the phone with the car.

01:34 pm (IST): Users who are still facing issues with CarPlay can check out the new iOS 15.1 update to see if there are any improvements.

Unfortunately, the release notes have no mention of any fixes for CarPlay problems.

03:12 pm (IST): The first iOS 15.2 beta update is here with a few new features. However, there’s no word on any improvements in the CarPlay department. 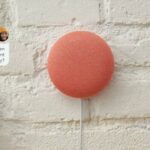 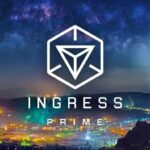