Unless you are living on some other planet, you must have heard about NFT. An NFT or Non-Fungible Token is a digital asset that is most bought and sold using crypto, indicating that their underlying software is similar to what cryptocurrencies use.

Each NFT is unique and represents some real-world things such as an art piece, a sketch, videos, or some items in video games. Similar to collectibles, they are either one of a kind or are made in limited quantities. One of the latest entrants in the world of NFT is BearX. They are a limited quantity of collectible characters that will be no more than 3,700. BearX says every character is available for a price tag of 0.100ETH.

Damn, RIP to this project. This is a hack. And their discord was hacked too. There is no early minting. People are being robbed. Huge fall from grace from a project that had amazing momentum. Hope too many people dont fall for this.
(Source)

I fell victim to the topshot hack a week ago and luckily topshot was able to help me out. Be careful out there folks. Even if it is from official discord, make sure everything looks right.
(Source)

After people connected their ETH wallets, many said they lost a large amount of money to the scammers. They then quickly deleted the messages that claimed people could mint BearX characters early on.

One person said that it is not a hack but a loophole scammers use to make announcements on Discord servers to earn money.

The BearX team was quick to reach out to users and said that their Discord wasn’t compromised. However, people who witnessed the series of events suggest otherwise.

Hello everyone! Our Discord WAS NOT compromised. Early minters will receive their NFT’s & exclusive clothing shortly. Please bear with us. https://bearx.ai -BearX Team.
(Source)

A similar incident involving the Discord server getting hacked suggests that the hacks are for real.

The Discord was compromised for 3 min. We instantly regained access. If you were scammed into buying from the fake site, you will be refunded. We have a 24/7 team so we were able to solve this right away. Scam sites were instantly DDOSed to keep people safe. We cant be stopped.
(Source)

All these hacks definitely call for better security practices when it comes to selling NFT like BearX on Discord. Having said that, one should be always aware of where they are connecting their crypto wallets and keep an eye on the links and sites they are visiting to avoid such scams.

We hope that the BearX NFT official server hack on Discord will be an eye-opener for those who lost their hard-earned money or believed in the scam.

Note: We have more such stories in our dedicated News Section so be sure to follow them as well. 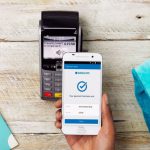