Xfinity Stream by Comcast is a streaming service that offers more than 250 channels on the go, thousands of on-demand shows and movies, offline streaming, and more.

This service also has its own application called Xfinity Stream that comes in handy when you want to cast and watch shows and movies on a bigger screen. This application was working fine until some users began to encounter issues with the casting feature. As per reports, when users try to cast Xfinity Stream using mobile app it gets stuck at ‘Xfinity Stream Ready to cast’ screen.

On the other hand, Xfinity Stream is working fine on mobile, it only freezes when casting to other devices. Also, other streaming apps are able to cast without any issue. So, it seems that there is a bug in the casting feature of Xfinity Stream app.

I try to cast my Xfintiy Stream app to my Chromecast, the Google home app says that it is casting and my TV shows a screen that says “Xfinity Stream” and “ready to cast,” on my phone it stops playing and won’t play on the tv. (Source)

Users have tried some basic workarounds like re-installing the app, clearing cache, and resetting Chromecast but nothing worked.

After not getting any solution to this annoying casting bug, affected users have reached to PlayStore, Twitter, and Reddit seeking for a solution.

Fortunately, Xfinity Support has acknowledged this issue and said that the team is currently working to fix it. However, no ETA has been provided as to when this casting bug will be actually fixed.

Also, there is no temporary workaround available at the moment that could resolve this error.

All in all, you’ll have to wait for devs to fix this casting bug with Xfinity Stream app. Until then, you can watch your media content directly on the mobile app.

That said, we will keep you updated on the further development of this story as and when anything new comes to our notice. So, stay tuned.

10:55 am (IST): One of the affected users has now come out to share a possible workaround. Here’s an excerpt.

I found a way to stream now using a “xfinity stream beta”app. The Xfinity beta app does not use Chromecast, you are actually signed in to your xfinity account. This only works on a smart Samsung and LG tv to the best of my knowledge. Give it a try:

– On your smart tv locate your App Store.
– Look for Xfinity stream beta.
– Click to install it.
– follow instructions.
– If it installs/downloads correctly to will see all of your xfinity stream channels.

Note: you don’t use your smart phone to browse through the xfinity channels, you will be using your tv remote. Try it, good luck
Source 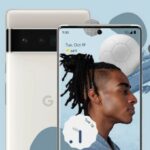