The Plex Media Server is one of the most popular apps on the internet when it comes to managing and streaming content. Using Plex, one can easily stream their entire digital library to any device.

For example, Plex can help users stream the movies stored on their Windows or macOS-based machine to their smartphone or smart TV. To get started, all you need to do is install the Plex Media Server on the computer where you want to stream from. Having said that, the app is frequently updated with new features or improves on existing ones. But these frequent updates and compatibility with a large number of devices often result in the users facing bugs and issues.

Some of the recent bugs Plex users complained about involved the app ignoring subtitle language preferences and the app not playing music on the first generation of Echo devices.

And as if that wasn’t enough, many are now reporting a new issue. According to recent user reports, many are unable to access the Plex web server and are encountering SSL certificate errors.

That’s exactly what I’m finding. I’ve had Roku, iOS and Apple TV users all connect and stream as normal in the last day during which I can not access it through the app.plex.tv on my local server, unless I use the native PLEX app. And it just randomly started doing this with no changes made by me. It all worked fine 2 days ago. Yesterday work up and it was like it is now.(Source)

I have the same issue with Samsung and LG Web OS, Server are not available but on Apple TV and Mobile works without any issue.
Error: CERT: incomplete TLS handshake from IP:41266: sslv3 alert certificate expired
(Source)

Users say they are getting a message saying “app.plex.tv is unable to connect to xxxxxx Server securely.” The issue first surfaced back in May. Back then, a Plex Employee had acknowledged the issue and said that they were looking into it.

Plex said they had fixed the issue from their end, but reports continued to flood in afterward.

There is an issue with how the the certificate was getting reported. This is an over simplification but basically the server was asking for the player to verify but the player which always try to first connect securely could not because it did not know about the certificate due to issue on our end. We refreshed certificates for some like yourselves so things synced back up. Should not have effected most folks but looks like y’all or one of your users may have restarted server or changed a setting in app when the issue presented it self so things got out of whack for you.
(Source)

In July, some Plex employees came forward and helped users who were encountering SSL Certificate errors, which seemed to have fixed the issue back then.

Your certificate looked good. Issued 4-July with zero retries. If you have other certificate issues, please check anything you might have added yourself. I reset it anyway. Please restart the server.
(Source)

In case you are encountering SSL Certificate errors or are unable to access the Plex web server, your best bet is to head over to the Plex forums and ask the employee to renew the certificate.

We hope developers release a fix for the issue as soon as possible. If and when they do, we will update this article to reflect the same so make sure to keep an eye out for updates. 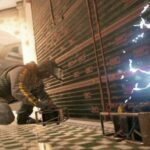