In the world of Android, Google Pixels devices are praised by users and reviewers alike for their decent hardware paired with the stock Android experience.

This, backed by Google’s quick updates make for a great user experience. Having said that, Google recently updated many Pixel devices with Android 12.

But like all other Android versions, the latest has had its fair share of bugs and issues. In fact, Android 12 has had so many bugs that we have a dedicated Android 12 bug tracker.

Naturally, the transition to Android 12 on Pixel devices hasn’t been smooth enough. Many Pixel owners who updated their devices to Android 12 say they are experiencing app crashing and freezing issues.

Today I updated my phone to Android 12 (final). Now I’m having issues (face) unlocking my pixel 4. After some while it stops working (it says to clean the sensor). After a reboot it works again for a few hours. Also swiping up to unlock is very hard when face unlock isn’t working anymore
(Source)

Updated to Android 12 yesterday. Since then face unlock stopped working on my 4XL. Getting the dreaded “Clean the top of the screen, particularly the black bar”. No amount of cleaning has helped. Tried soft reboots, and it hasn’t helped. Screen goes completely back during calls. Do not want to delete the face unlock profile and redo it. Previous problems with software updates (according to some users in the forum, they could not reset the face unlock until a new software update in 2020) so I don’t want to chance it.
(Source)

While most of these issues are related to the camera app, some say they are getting random app crashes that sometimes lead to battery drain. With app crashing and freezing left and right on Pixel phones, many are frustrated since they are unable to use their devices normally.

Google says that the issue may be because of incompatibility with third-party apps. Users say they have tried clearing the app cache and booting their devices in Safe Mode but the issue persists as soon as they boot normally.

It looks Google hasn’t been able to iron out all bugs with Android 12. Some even tried factory resetting their phone but nothing seems to help right now.

Google is yet to acknowledge the app crashing and freezing issues with Android 12 on updated Pixel devices. If and when they do, we will update this article to reflect the same so make sure to keep an eye out for more information.

06:00 pm (IST): A Gold Product Expert on the community forum says that the face unlock issue can be resolved by booting into safe mode. Otherwise, you can also try resetting your face ID.

11:21 am (IST): Google has just announced the December 2021 update for its Pixel devices and among the fixes coming to these devices is a fix for stuck or frozen app UI in certain conditions.

Pixel 6 and Pixel 6 Pro are slated to bag this December update sometime next week and as such, users might want to look forward to that.

Months later and a major December patch later, users continue to face this face unlock issue (1,2). This means that this feature continues to remain broken. 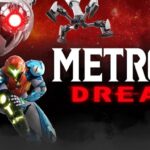 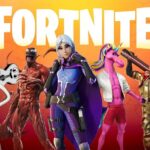