One of the great attractions of Fortnite is the wide variety of weapons it offers. One of the weapons is Sideway Scythe, which has been causing them fall damage after an attack.

Sideway Scythe is part of the Sideways weapons that will be released gradually. The weapon can be found on the map during battle royale matches. More specifically, players can get one from the Sideways Anomalies.

How can you get the Sideway Scythe?

To find a Scythe Sideway, the players have to enter into the Anomalies and loot the Sideways chests. But, there is another method to get it.

The other way requires players to head to the center of the island. This area will be home of the Convergence or the Cube Town POI. There, players can attempt to defeat the Caretaker monster, which drops a Sideway Scythe.

This weapon has some special abilities that can be very useful. Its unique mechanic heals the player after scoring an elimination. The damage it inflicts is good too, being able to scale up to 46 (depending on weapon rarity).

Having said the above, there is a detail about this weapon that requires adjustment. With the Sideway Scythe we can execute the Smash Attack ability. However, in certain situations, this deals damage to the player who executes it.

“Smash Attack” produces a powerful attack, which can be so strong that the game’s collision engine detects it as a fall that causes us damage. This occurs from an elevated position, from the edge of a tall structure, or from a hill.

Of course, this is an annoying outcome for players. In certain situations, this can lead to an unexpected death after executing the ability with the weapon (1, 2, 3, 4, 5, 6, 7).

Fortunately, this would not stay that way for long as the game’s developers are aware of the problem that causes receiving damage in a fall after a Smash Attack with the Sideway Scythe. Therefore, they are already working on a fix (1, 2, 3, 4).

Notably, before the error appeared, the Sideway Scythe was delighting players. Some point out that even with the self-inflicted damage, it’s still a great weapon. Its high damage and healing ability play an important role.

Therefore, everything indicates that after receiving its necessary fix, the Sideway Scythe will immediately become one of the most popular melee weapons in the game. Hopefully the fix does not take long to arrive. 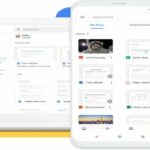