Google Drive for Desktop is used by many on Windows machines and it received a feature for mounting virtual drive some time ago.

Basically, Google Drive for Desktop mounts a virtual drive in the Windows file explorer and assigns a letter to it like other logical, virtual, or physical drives. However, users are not liking this feature and want to disable the drive letter for Google Drive for Desktop.

This further means that users are looking for a way to stop Google Drive from mounting a virtual drive in the Windows file explorer.

While there are several ways to disable or hide drives in Windows, there’s currently no official way to disable Google Drive from mounting virtual drive.

I finally upgraded my backup and sync tool by downloading the google drive for windows. But after installing and setting it up. It Creates a new drive name Google Drive Z. Why did it created it? can I remove it, or is it taking some of my space?
Source

As per a Google Support community Product Expert, the tech giant has shed some light on the virtual drive feature.

Google has said that Google Drive for Desktop requires a virtual mounted drive to work. Also, it is not advisable to eject the virtual drive as doing so may cause issues.

However, those who wish to hide the Google Drive virtual drive in the file explorer can do so by other means which the OS allows.

While features like this can come in quite handy, it appears to be inconveniencing Google Drive for Desktop users.

However, affected users can share their feedback regarding this feature directly from the Google Drive for Desktop app.

Hopefully, Google implements a functionality in the Drive for Desktop app to hide the letter/virtual mounted drive in the future.

That said, we will be back with more stories related to Google Drive as and when new information becomes available.

As per reports, many users are complaining that after installing the latest Google Drive on their mac, it created a virtual drive in folders.

Hi there, I recently installed the new gDrive for Mac and it’s create a “localhost” connection that is on my server list. I bet this is for auto-signed connection. Is this normal or it’s something wrongly done Thanks! (Source)

Hi, I have a problem with the new google drive for macOS. Immediately after installing it, my mac was filled with several folders that all refer to the main folder of google drive.As you can see from the photos there are many shortcuts that refer to google drive (They are double because I have 2 different accounts connected). (Source) 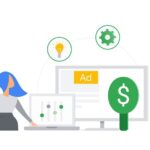 [Update: Oct. 18] Google Analytics down or not working for many 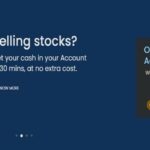