Google Fi, previously known as Project Fi, is the tech giant’s telecommunication network that provides a wide range of services such as calls, data, cellular network, and Wi-Fi.

It started back in 2015 as Project Fi in the United States and makes use of networks from Sprint, U.S Cellular and T-Mobile.

One of the reasons Google Fi became so popular is the network automatically switches depending on the signal strength and speed, meaning users are always connected to the best network possible. Moreover, Google Fi can also switch networks without losing connectivity. It also offers several benefits compared to other US telecoms such as flexible and cheap data plans, superior connectivity at all times, and a data-only sim card.

Although Google Fi supports only a handful of devices, users are pretty happy considering the advantages it has to offer.

Having said that, not everything is sunshine and rainbows. In the last few years, many Fi users have complained that the customer support has become really bad.

People who bought their devices from Google Fi say they are getting scammed by Google when it comes to trade-ins and replacements.

Long story short: I sent in a Galaxy S7e that was in perfect working order, no scratches, powered on, factory reset. The 3rd party fraud team said I sent in a Pixel 3 XL and reduced my trade in from $275 to $15. Within 5 minutes of receiving that information I responded “WTF I’ve never owned a Pixel 3 XL.” Five days later they got back and said “You sent us a Pixel 3 XL and it had a swollen/exploded battery, so the $15 stands.”
(Source)

I had purchased a Google Pixel 4a 5g with trade in option. I had a Mint condition iPhone 6s 32 GB Verizon, which I was happy to trade (I don’t like iPhones so it was almost unused). The promised trade in value was $266 for the IPhone 6s 32 GB. Today I got an email from Google saying that the refund is ONLY $30. Reason: Incorrectly reported phone model
(Source)

Some are even getting a different device altogether. It seems like Google Fi has outsourced its customer support, which has become frustrating.

If anything, especially when compared to its early days, many Fi users believe customer service has worsened after they rebranded themselves from Project Fi to Google Fi.

Which begs the question: has Google Fi support worsened over time? We would love to hear your opinion on the matter.

You can do so either by voting in the poll below or join the conversation in the comment section down below.

Do you think Google Fi customer service has worsened with time?

Vote below and read our coverage here: https://t.co/QeugnTpkzU#GoogleFi #Google

IST 10:21 am: The results are out and while 60% of you have agreed that the service has worsened, 40% have never used Google Fi.

Note: We have more such stories in our dedicated Google Fi Section so be sure to follow them as well. 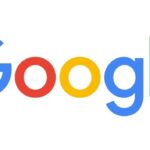 [Updated] Google Discover (or feed) not working or crashing & can't open articles after recent update? You're not alone (workarounds inside)