[Updated] Google Discover (or feed) not working or crashing & can't open articles after recent update? You're not alone (workarounds inside)

New developments indicate that Google Discover, aka the Discover Feed, is not working since users aren’t able to open articles by tapping on the cards. Some even claim that the Google app keeps crashing randomly.

Many users who’ve noticed the problems have taken to Reddit, Twitter, and even the company’s community forums to seek some help or explanation.

We’ve shared some reports from perplexed users below for reference:

My Google Discover feed on my Pixel 4XL is not working. When I click on an article nothing happens, however, if I share the article with myself and click the link, I can read the article. This started today. (Source)

The latest @Google app update had broken the Google Feed on my Pixel 5. Can’t open or select any articles and the app keeps crashing. Tried factory restore…still not working. (Source)

Yes, confirmed it occurs, figured a thread might be up by now, I’m on the beta for G App, figure its an update issue, however I have no further updates that fix, currently on V 12.17.7.29.arm64 (Source)

It seems that the problem users are facing while trying to open articles to read via Google Discover has only popped up a couple of days ago.

Further, some individuals have confirmed that they are able to open up articles via the Google app, however, it keeps crashing every now and then.

Google is yet to acknowledge the problems publicly. That said, all evidence points towards the problem popping up for those who’ve installed the beta version of the app.

Several users have claimed that leaving the beta channel via the Google Play Store and installing the stable update for the Google app fixes the problem.

Leave the Google app beta, your app will return to normal operation. (Source)

Another suggested workaround is to clear the Google app’s cache and data.

Go to Google settings app, Storage and Cache. Clear both the cache and storage. Go back to Google Discover, give it time to load. You should be able to click on the links. But it won’t last long, once the storage and cache take space, you are back to the issue at hand. (Source)

That said, we’ll keep tabs on the situation and will post an update if and when there are any further developments regarding Google Discover not working, crashing, or preventing one from opening articles.

Another workaround that appears to help is uninstalling and re-installing the update. You can give it a try.

There are a few other workarounds that you could try out in case Google Discover is not working for you. For starters, you can double-check to see if Discover is enabled.

To do this, open up the Google app > tap on the ‘More’ tab > then select Settings and tap on General > now toggle on Discover if it’s disabled.

Alternatively, you can try fixing the issue by using Google Discover without an account. Who does this work? Well, open the Google app and tap on your profile icon.

From here, tap on ‘Use without an account’. Now, the Discover feed would not show up at all but don’t fret. Simply tap on ‘Turn on’ and then select your Google account. Doing this should reset the feed.

Last but not the least, make sure the Google app has permission to use mobile data and Wi-Fi as well as is allowed to use data in the background.

Go to Settings > Apps > Google > Data usage > Toggle on ‘Background data’ > Make sure that mobile data and Wi-Fi is not disabled.

It seems Google might be suffering from an outage as multiple users are reporting that the Google app is not working for them. Also, there are numerous reports where users have shared screenshots of the ‘Google keeps stopping‘ prompt. However, an official response regarding the same is still awaited.

Looks like Xiaomi is aware of the issue as a workaround has been shared on the Xiaomi Global Community Telegram group along with the following statement:

We’re aware of a Google issue, wherein the Google app repeatedly stops. We have reported and are investigating the issue, and will update further once the root cause is identified.

Those of you facing the issue may give it a try.

Google support is asking users to try a soft reboot by holding down the power button for 30 seconds as a workaround for the ‘Google keeps stopping’ error.

Latest reports on Reddit suggest Google Discover is broken (or the feed is not loading) after the recent update.

Some user reports (1, 2) suggest that a quick reboot fixed the issue. However, others weren’t that lucky. Nevertheless, we’d suggesting restarting your phone to see if it helps.

That said, a product expert on the community forms claims that it was due to a server issue rather than a bug with the app itself. So the problem should be fixed if it hasn’t been already.

Finally, after a long wait, the problem seems to have been definitively solved. A community manager from Google Support forums has replied saying that Discover should now be working normally. 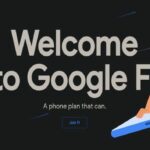 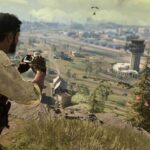