IST: 12:49 pm: Oppo has announced that it will be holding its Developer Conference (ODC) on October 27 where the company is expected to share more details about ColorOS 12 and what it brings to the table.

IST: 06:30 pm: Oppo said that they have begun testing ColorOS 12 internally. The first models to receive the update include OPPO Find X3 Pro and OnePlus 9/9 Pro.

The developers also said that testers should expect some bugs and issues since it is a test build.

IST: 11:03 am: New reports now have it that Android 12-based ColorOS 12 limited recruitment is now open in China. In this program, Oppo and OnePlus users can sign up to take part.

IST: 05:17 pm: Oppo has set the date for the ColorOS 12 global launch event on October 11. The online launch event is scheduled for 2:30 pm (IST) on the aforementioned date.

IST 10:32 am: In the official announcement of the release of Android 12 AOSP, Google says that devices from Oppo and other OEMs should start getting the Android 12 update later this year.

IST 11:41 am: New reports now indicate that the Android 12-based ColorOS 12 Public Beta update is now available for users of the Find X3 series of devices.

IST 11:32 am: Oppo is doubling down its Android 12 efforts and now, users of the Oppo Find X3 Pro in Malaysia and Indonesia can take part in the ColorOS 12 Beta program.

IST 03:08 pm: Oppo’s ColorOS 12 global launch event end a few minutes ago and the company has dropped the rollout timeline for the beta of the new Android 12-based skin.

While the beta testing is already ongoing for the Oppo Find X3 Pro 5G, last year’s X2 Pro and X2 along with the Reno 6 Pro 5G, and Reno 6 5G will bag the beta update next month. Other devices will follow suit in the coming months.

IST 11:08 am: Oppo is opening up its recruitment program for users of the Oppo Reno 6 who would like to take part in the Android 12-based ColorOS 12 closed beta program, starting with China.

NOTE: We’ll add the tracker table to this article once Oppo starts seeding Android 12/ColorOS 12 beta or stable update to any device. 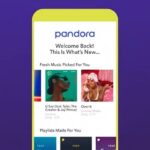