Destiny 2, the popular MMO FPS game offers players an immense amount of weapons and equipment. Now, users received word that the Telesto rifle and the Raiju’s Harness armor were disabled from Destiny 2.

One of the obligations of the developers of a video game like this is to maintain the balance between the items, so that the game is fair for everyone. This is why certain weapons and armor are temporarily removed while receiving a fix.

On this occasion, two of the most popular equipment in Destiny 2 have had to be disabled. These are the Telesto (an Exotic Fusion Rifle) and the Raiju’s Harness (a chest armor).

Apparently, a bug was causing unwanted effects that certain players took advantage of to unbalance the game. It seems that the most serious case is that of Raiju’s Harness. This chest armor can no longer be used in any mode.

On the other hand, with the Telesto rifle they have been more permissive. It can no longer be used in PvP and Gambit game modes. This is an indication that they do not share the same bug.

This is why Raiju’s Harness was removed from Destiny 2

The Raiju’s Harness chest armor was affected by a bug that generated an unfair advantage to players who found a way to exploit it. Basically, it allowed perpetual whirlwind guard blocking.

This can be simplified like this: when a player with a normal pistol shoots another player equipped with Raiju’s Harness chest armor, their bullets would reflect back at him. Also, the bug allows to do this indefinitely.

You can see the effect caused by the Raiju’s Harness bug in the video below.

And this is why Telesto rifle was disabled from Destiny 2

The Telesto Special Rifle is the other affected in this Destiny 2 “fixes” round. This is not the first time the weapon’s damage has been “broken” compared to other weapons and equipment. This situation is a meme among the community (1, 2)

In this case, the problem seems to be related to Telesto bolts. These types of shots paralyze the enemy, but in a way that seems abusive and quite advantageous (1, 2) to the owner of the rifle.

We hope fixed versions to be available soon

As expected, once the company makes the necessary adjustments to both the Telesto rifle and the Raiju’s Harness armor, we will have it again in the game. Bungie officially declared the removal of the items from the game while they work on the fix. 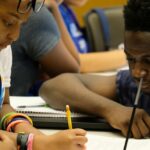