[Update: Oct. 16] COD Warzone: Do you think hacking/cheating has worsened & bans don't do anything?

Along with that, the COD Warzone team has taken a number of steps including weekly backend security updates, improvements to in-game reporting mechanisms, addition of 2FA, and elimination of unauthorized third-party software providers. 11:21 am (IST): In less than 2 months, Modern Warzone should see some decent changes in the Anti-cheat. This, according to a Tweet from Modern Warzone’s official Twitter handle.

10:14 am (IST): New reports now indicate that Call of Duty’s new RICOCHET Anti-Cheat has had its Kernel Level driver leaked to cheat manufacturers.

05:46 pm (IST): In an update on RICOCHET’s status, Call of Duty — via Twitter — confirmed that they gave out pre-release versions of the driver to 3rd parties for testing.

– RICOCHET Anti-Cheat™ is in controlled live testing. Before putting it on your PC, we’re testing the hell out of it
– Testing includes providing a pre-release version of the driver to select 3rd parties
– Readying server-side upgrades for launch (Source) 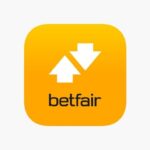 Betfair website down or not working issue acknowledged, fix in the works 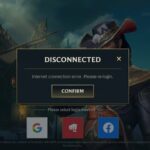